Japan's cherry blossoms reach their peak ahead of the expected date. Researchers at Osaka University said that it is the earliest in over 1,200 years based on historical data from the diaries of emperors, aristocrats, governors, and monks.

The peak bloom was on March 26 in the ancient capital of Kyoto, the earliest since Japan's meteorological agency started recording official data in 1953. According to NBC News, it is ten days earlier than the 30-year average of cherry blossoms blooming.

Scientists blame global warming for this unusual early peak of cherry blossoms and said that it is one of the greater looming crises of global warming. 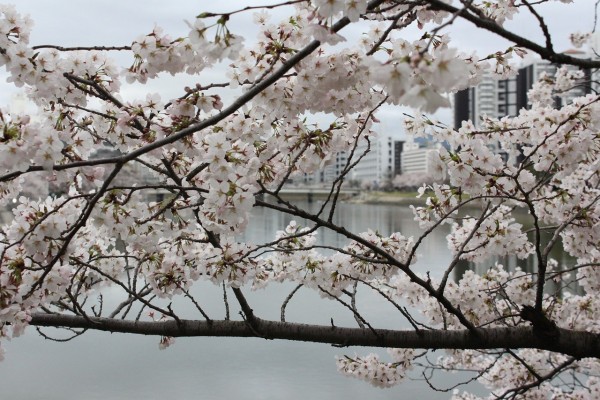 Looking at the record from 812 AD, Osaka Prefecture University researcher Yasuyuki Aono found the earliest peak bloom day of cherry blossoms to be a day later, March 27, than this year which was on March 26.

Then in the years 1612, 1409, and 1236 cherry blossoms also peaked at earlier dates than they were expected to bloom. However, CNN reported Aono did not found any more data for other years.

Japan's meteorological agency tracks58 cherry trees around the country wherein 40 of those trees have already reached their peak this year, and 14 did so in record time. typically, the blooming period of cherry blossoms would last two weeks.

Shunji Anbe, an official at the observations division at the Japan Meteorological Agency, said: "We can say it's most likely because of the impact of global warming."

Naoko Abe, the author of The Sakura Obsession, said that cherry trees need at least -41 degrees to properly blossom when the weather gets warmer. But if cherry trees do not get the chilly weather, they will blossom later because they could not wake up at the proper time, Abe added.

"The impact from climate change is indisputable, I think," Abe told NPR. "However, the decisive factor for the cherry blossoms is the winter temperature."

Moreover, early blooms are caused by warm springs, and delayed blooms are the result of warming winter, which could be problematic. Areas in southern Japan have already reported seeing some of these delays in the past years.

According to Abe, the delays may grow to a point that cherry trees would no longer blossom if winter temperatures continue to get warmer.

Market Watch reported that the meteorological agency would use cherry blossoms in their overall climate change research because of its sensitivity to changes to climate temperatures.

"Evidence, like the timing of cherry blossoms, is one of the historical 'proxy' measurements that scientists look at to reconstruct past climate," climate scientist Michael Mann told the Washington Post.

The proxy measurements have told scientists in the past and until now that human-caused global warming that the planet is experiencing today could be traced back to over a thousand years ago.

Check out more news and information on and Climate Change on Science Times.