A SciTechDaily report said that for the first time, the scientists have assessed how microbes in the gut process the plant-based sulfur-containing sugar 'sulfoquinovose.'

Sulfoquinovose is described as glucose's sulfonic acid derivative and exists in all green vegetables like lettuce and spinach.

Their study entitled, Sulfoquinovose is a select nutrient of prominent bacteria and a source of hydrogen sulfide in the human gut and published in The ISME Journal found that specialized microbes cooperate in the utilization of sulfosugar, generating hydrogen sulfide. 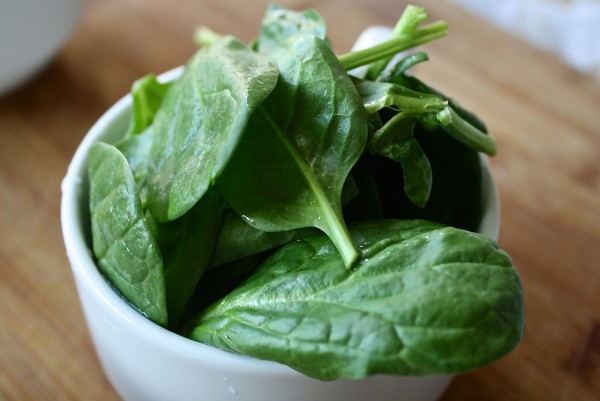 (Photo : Aline Ponce from Pixabay)
According to research, the discovery that sulfoquinovose from green foods, particularly green vegetables like spinach and algae, continues as well, to the production of gas in the gut thus comes as a surprise.

The gas, known for its 'rotten egg' smell, has contrasting impacts on humans' health; at low concentrations, it has an anti-inflammatory impact, as increased amounts of hydrogen sulfide in the intestine, in turn, are linked to diseases like cancer, for one.

With the consumption of one type of vegetable like spinach, hundreds of chemical components enter the human digestive tract.

The said chemical components are metabolized further by the gut microbiome, a distinctive collection of hundreds of bacterial species. Therefore, the gut microbiome is playing a vital role in determining how nutrition is affecting human health.

So far, though, the metabolic capabilities of many of these bacteria in the microbiome remain unknown. Meaning explained the study's lead author, Buck Hanson, a microbiologist at the Center for Microbiology and Environmental Systems Science or CMESS at the University of Vienna, remains unknown what substances they feed on and how they process them.

Hanson added by exploring the bacterial metabolism of sulfosugar sulfoquinovose for the first time in the gut, they had shed some light on this so-called "black box."

This research thus yields knowledge that is essential to therapeutically aim the interactive actions between nutrition and the microbiome later on.

As earlier mentioned, sulfoquinovose, according to PubChem, is a sulfonic acid derivative of glucose and exists as a chemical building block mainly in green vegetables, including spinach, algae, and lettuce.

From earlier studies by the research team led by Schleheck, it was known that other bacteria could, in principle, use sulfosugar as a nutrient.

In their present research, the study authors from the Universities of Konstanz and Vienna used assessments of stool samples to identify how such processes specifically occur in the human intestine.

Schleheck explained, they have now been able to show that, different from glucose, for instance, which feeds a huge number of gut bacteria, sulfoquinovose triggers the growth of very specific key organisms in the gut microbiome.

Such key organisms comprise the microbe of the species known as Eubacterium rectale, which is one of the most common gut bacteria in healthy individuals.

This research specified that hydrogen sulfide is produced in the intestine by an individual's own body cells, not to mention by specialized bacteria, and has various impacts on the human body.

According to Alexander Loy, head of the University of Vienna research group, based on present knowledge, it can be positive although a negative effect as well on intestinal health.

The pivotal factor, he explained, is the dose. Specifically, in low amounts, he added that hydrogen sulfide could have an anti-inflammatory impact on the intestinal mucosa, among others.

On the other hand, increased hydrogen sulfide production by gut microbes is linked to chronic inflammatory illnesses and cancer.

Until to date, mainly taurine and sulfate, which are both found in increased amounts in the intestine as an outcome of meat- or fat-filled diet, were known to be sources of hydrogen sulfide for bacteria.

The discovery that sulfoquinovose from green foods, particularly green vegetables like spinach and algae, continues as well, to the production of gas in the gut thus comes as a surprise.

A related report about gut bacteria is shown on Microbiology Society's YouTube video below: