Retired Army Col. Matt Hepburn recently talked about technology and medicine, specifically, a COVID-19 monitoring device that could produce an implant that enables one's health to be monitored.

Hepburn, who worked with the Defense Advanced Projects Agency for years, discussed the project in an interview via the CBS show, 60 Minutes.

The retired colonel, who still works for the Army as a physician and 'joint product lead,' as specified on his LinkedIn page, exhibited the implant to the news agency that noted how the device could be used.

CBS's Bill Whitaker described a ship like the USS Theodore Roosevelt that hobbled in 2020 when more than 1,200 crew members tested positive for COVID-19.

Referring to what he said about the ship, Whitaker asked, "What if everyone on board had their health" tracked with this subdermal implant, now in late-phase testing? 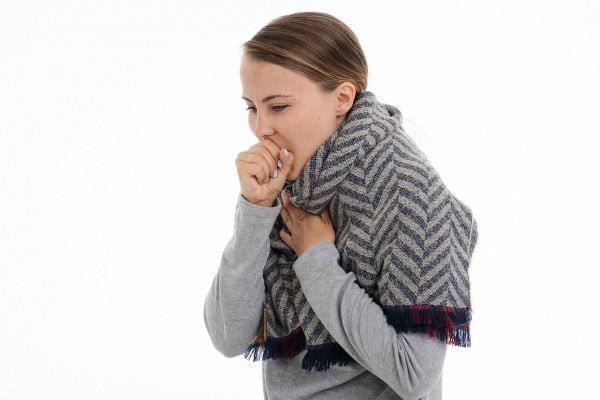 (Photo: Anastasia Gepp on Pixabay)
The new COVID-19 monitoring device is akin to a lab on the skin that can pick up the response of the skin to disease before the existence of other symptoms like coughing, for one.

According to Hepburn, this new invention is not the usual dreaded government microchip that tracks a person's every move. Rather, it is a tissue-like gel engineered for continuous testing of the blood.

This COVID-19 monitoring device, he explained, is a sensor. It is a small green thing inside a tiny bottle that's implanted underneath the skin and what that tells an individual is that there are chemical reactions taking place inside the body, and that signal means, he is going to have symptoms the next day.

Hepburn compared the sensor to the check engine light found inside a car. Sailors, he elaborated, would receive the signal, then self-administer a blood draw and have themselves tested on site.

As for the results, they would be nearly instant. The retired colonel also said information can come out in three to five minutes.

The Western Journal reported, as that time gets truncated, Hepburn continued to explain, as the doctor diagnoses and treats, what needs to be done is to stop the contagion in its tracks.

The Defense One news outlet, outlined how an implanted sensor Profusa developed would work. This project is funded by DARPA.

The new COVID-19 Monitoring Device comprises a two-part sensor. One sensor is a three-millimeter string of hydrogel, a material whose polymer chain network is used in some contact lenses, as well as other implants.

Inserted under the skin using a syringe, the string comprises a specially engineered molecule that sends a fluorescent signal outside the body, and when the body starts fighting an infection, as specified in the report.

The other sensor is an electric element attached to the skin. It delivers light through the skin, detects the fluorescent signal, and produces another signal that the wearer can send to a website or doctor, among others.

The device is akin to a lab on the skin that can pick up the response of the skin to disease before the existence of other symptoms like coughing, for one.

In 2020, a lot of social media users were spreading claims that Bill Gates, founder of Microsoft proposed implanting microchips in everyone to stop COVID-19. Reuters later ruled such a claim was not true.