Earth Day: 5 Facts on How Environment Is Connected to Human Health

Earth Day is an annual celebration of the birth of the modern environmental movement that started on April 22, 1970, the first day that gave a voice to the emerging public consciousness about the state of the planet.

As the world continues to improve, carbon emissions and pollution also increases threatening the planet. Air pollution has worsened and even accepted as a sign of prosperity.

Through the celebration of Earth Day this April 22, organizers hope to remind the public of the connection between the environment and human health, especially that the world is experiencing the COVID-19 pandemic. Here are five facts on how the environment affects health, according to American Heart Association (AHA) News. 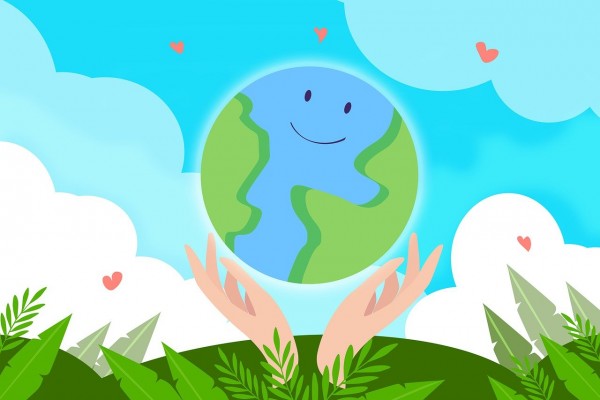 (Photo: Pixabay)
Earth Day: 5 Facts On How Environment Is Connected to Human Health

Pollution Is the Biggest Danger

The World Health Organization estimated 12.6 million deaths a year due to environmental risks, which is more than one-fifth of total deaths and a quarter greater than deaths on children under five years old.

Countless deaths around the world could be attributed to the worsening case of air pollution. Dr. Rajagopalan said that air pollution causes more deaths than other illnesses.

Dr. Aaron Bernstein the interim doctor at the Center for Climate, Health, and the Global Environment at Harvard T.H. Chan School of Public Health said that environmental studies estimated that polluted air from burning fossil fuels could kill up to 300,000 people in the US every year.

"It's almost like having a COVID pandemic every year," Bernstein said

Moreover, air pollution makes children and older people sick with reports of chronic lung problems and going to the emergency room because of respiratory infections.

Additionally, air pollution is linked to pregnancy complications. Science Times previously reported that the worsening air pollution in South Asia has resulted in increased cases of pregnancy loss in the area. Also, AHA said that air pollution could lead to big problems for the heart.

US News reported that climate change causes higher temperatures which then leads to trigger heart attacks and more severe strokes. Heatwaves are particularly bad for those with medical conditions, like heart and kidney problems, Bernstein said.

Moreover, the changing weather patterns could affect the pattern of insects that spread diseases like dengue fever, West Nile virus, and chikungunya.

Climate change could affect people indirectly, like the wildfires that lead to spikes in heart attacks, strokes, and hospitalizations due to heart failure.

The current COVID-19 pandemic is one of the worst pandemics that hit humanity. Close relatives of the coronavirus that causes the COVID-19 infection are found in animals.

Experts have warned that when no action is taken to prevent another pandemic like the current one, humans will once again suffer. They call for the protection of animal habitats because humans have been destroying them, which increases the likelihood of interaction between humans and animals that might be carriers of the virus that could cause the next pandemic, Science Times previously reported.

Humans Can Take Part in Saving the Planet

The implementation of the Clean Air Act of 1970 and related regulations has made the air quality in the US much better over the last 40 years, Bernstein said.

Experts believe that everyone could be an advocate for sustainable energy sources, that could help in saving the planet. A person's choices may seem small, but when taken together it could already significantly help in the efforts of saving the planet. Either it's recycling or driving a less polluting car, it already means a lot.

RELATED ARTICLE: Experts Warn Next Pandemic Could Come Any Moment and Call for Immediate Prevention Efforts From Governments

Check out more news and information on the Environment & Climate on Science Times.