After drinking four energy drinks daily in the last two years, a 21-year-old male university student ended up with both heart and kidney failure, forcing him to quit school due to the life-threatening illness.

The man eventually recovered not without having to suffer such symptoms as breathlessness, nausea, and tremors all over his body, due to caffeine overdose, a case study, "Energy drink-induced cardiomyopathy," on BMJ Case Reports revealed.

Doctors treated the man who drank half a gallon or four 500-milliliter cans of energy drink daily, the study said.

Such is equivalent to around 640 milligrams of caffeine a day, well beyond the recommended safe dosage levels of 400 milligrams per day.

ALSO READ: Coffee Lovers Beware: Too Much Caffeine Could Damage Your Health

The unnamed patient admitted he was addicted to the energy drink, not aware of the health implications. He added in the BMJ Case Reports study that there should be "more awareness 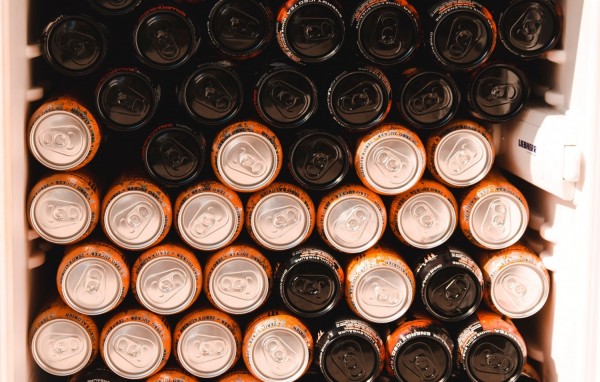 about energy drink and the effect of their contents." He also found the energy drinks "very addictive" and "far too accessible to young children,"

Severe Symptoms Forced Patient to Drop Out of School

Months before he was admitted to a hospital, the patient had been showing symptoms such as body tremors, indigestion, and shortness of breath that became so severe, he had to drop out of school.

The case emphasizes the toxic nature of energy drinks that The Insider said carries huge caffeine doses that can cause serious and life-threatening illnesses.

Caffeine, the world's most consumed psychoactive substance, is safe to consumer in moderate amounts, enabling billions of people to get through their workdays in such drinks as coffee and tea. Its advantages include improved concentration, mood, and energy.

But too much caffeine is potentially harmful, with such side effect as heart palpitations, low blood pressure, and anxiety. In the most serious cases, a caffeine overdose can cause unconsciousness and even death, and can lead to metabolic acidosis, which is a potentially severe build-up of acids in the body that would cause kidney failure.

More concentrated caffeine sources are expected to cause overdose and this means energy drinks are riskier than coffee and tea.

Caffeine Powder in Energy Drinks Equivalent to 50 Cups of Coffee

Case studies said the most dangerous is caffeine powder in supplements for weight loss, exercise, and energy. This highly concentrated powder can carry a caffeine equivalent of 50 cups of coffee or more.

This comes after the BBC looked into a separate research at Cardiff University on health survey responses of more than 176,000 secondary schoolchildren aged 11 and 16 from 2013 to 2017.

Findings showed that six percent of the pupils said they consumed energy drinks on a "daily" basis, a trend that did not change over time.

Consumption, it said, differed from low and high socioeconomic groups.

RELATED ARTICLE: How Much Can Caffeine Affect Your Brain Structure?

Check out more news and information on Caffeine on Science Times.