Mankind Has Sustainably Shaped Earth for at Least 12,000 Years

A new study shows that land use of human societies for at least 12,000 years has been environmentally sound and sustainable - arguing that the current biodiversity crisis is not simply due to human activities but the mishandling of lands previously shaped sustainably.

An international team of researchers presented their findings in the latest Proceedings of the National Academy of Sciences (PNAS), in the report titled "People have shaped most of terrestrial nature for at least 12,000 years." The new study - including researchers from more than ten institutions across the world - suggests that the human destruction of wildlife habitats is not the sole cause of the recent biodiversity problem.

The new findings challenge previous models based on reconstructions of global land use, which suggests that most of Earth's lands were uninhabited by as recently as 1500 CE. More importantly, the new study supports the notion of solving the biodiversity crisis by empowering local communities and Indigenous peoples to take charge of their respective ancestral domains.

"Our work shows that most areas depicted as 'untouched,' 'wild,' and 'natural' are actually areas with long histories of human inhabitation and use," says Erle Ellis, lead author of the study and a professor of geography and environmental systems at the University of Maryland Baltimore County, in an article from UMBC. He adds that this interpretation is possible since these human societies used their lands sustainably and even worked to increase the lands' "biodiversity, productivity, and resilience." 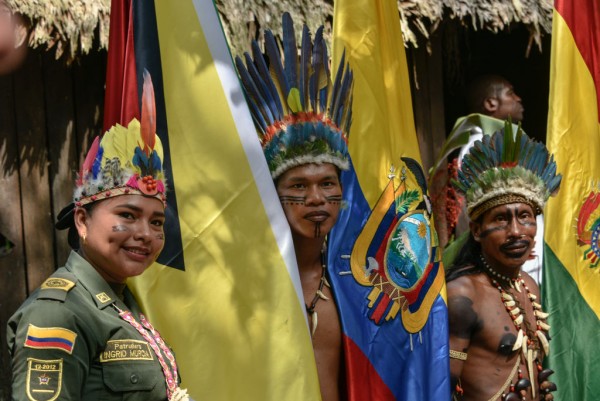 The research team includes an interdisciplinary group with geographers, archaeologists, ecologists, and conservation experts from the US, China, the Netherlands, Germany, Australia, and Argentina. Together, they examined the patterns of land use and populations among human societies - statistically associating them with modern patterns of high biodiversity in identified conservation areas.

Researchers also made the maps created specifically for the study in an interactive online portal. Ellis explains that as far as 12,000 years ago, almost three-quarters of Earth's land surface was inhabited and used by people. He adds, "Areas untouched by people were almost as rare 12,000 years ago as they are today."

Nicole Boivin, the co-author of the study and a professor from the Max Planck Institute for the Science of Human History in Germany, says that "the problem is not human use per se," but the kind of land use seen in industrialized human societies, which are characterized by unsustainable agricultural practices, unmitigated extraction, and appropriation.

Authors behind the study present that their findings support the idea of shifting focus from preserving land thought of us "untouched" or uninhabited toward empowering Indigenous peoples whose land-use practices have sustainably maintained their lands.

Darren Ranco, an anthropology associate professor and Native American research coordinator from the University of Maine, explains that their study confirms the positive impact of Indigenous human societies on their ecosystems, with these findings bearing significance for "contemporary Indigenous rights and self-determination."

Ranco, according to the UMBC release, is a member of the Penobscot Indian Nation. He also shares that Indigenous people currently exercise "some level of management" of about 5 percent of the world's lands, which holds about 80 percent of the world's biodiversity. Despite these numbers, Indigenous peoples are usually excluded from the management, access, and habitation of protected lands - with the US National Parks among them.

RELATED ARTICLE: Indigenous People Are Teaching Researchers About the Environment

Check out more news and information on Environmental Protection in Science Times.