Scientists recently found bacteria in sinks are the result of handwashing. Specifically, they discovered that this practice has shaped microbes that stay and grow in domestic sinks' plumbing.

Phys.org reported, in the largest research of sink bacteria done outside of hospitals, researchers at the University of Reading found communities of akin bacteria that generally stay down the drains after handwashing.

As a result, the study authors discovered substantial differences between families of dominant bacteria according to the area in the sink drains. Plumbing systems like U-bend or P-trap provide ideal environments for microbes to grow.

According to lecturer Dr. Hyun Soon Gweon, at Bioinformatics for Genomics at the University of Reading, the mantra to handwashing to fight COVID-19 spread has emphasized the essentiality of not just good hand hygiene but the need for well-designed and consistently cleaned sinks, as well.

ALSO READ: Why Does Prettier Food Look Healthier Even If They Are Not 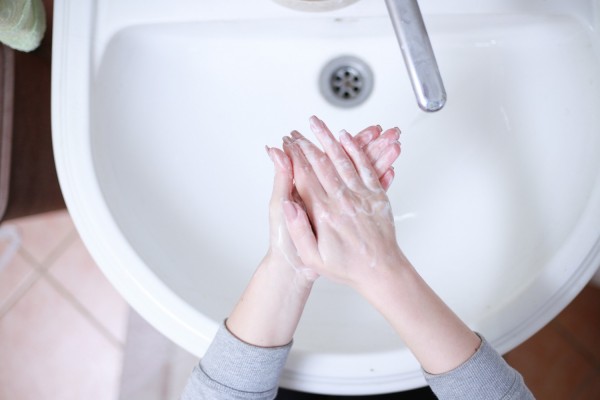 (Photo: Martin Slavoljubovski on Pixabay)
Scientists recently found bacteria in sinks are the result of handwashing.

Dr. Gweon also said their study shows that the substantial difference in microbial families between different buildings reveals that many factors, including habitation and building design, may have a huge impact on the types of microbes one may contact.

Essentially, samples were taken from more than 120 sinks around non-clinic settings at the University of Reading like toilets and bathrooms in research, teaching, and social spaces, showing that sinks have a unique microbiome nominated by specific bacteria.

The plumbing area discovered under sinks exposed microbial communities dominated by a group of microbes identified as Proteobacteria.

The study specified that this phylum comprises pathogens like Salmonella and E. coli, leading to severe disease even though the fraction of bacteria from that family was low.

Incidentally, higher concentrations were detected off the common Moraxellaceae and Burkholderiaceae bacteria. These two can lead to infections, although they are more often than not, harmless to humans.

The plumbing system type had a substantial effect on which family was more plentiful. In addition, below-sink strainers were discovered to have the ITIS Report identifies as Moraxellaceae bacteria.

Meanwhile, P-trap sinks, which comprise a P-trap style of drainage, were discovered to have higher levels of Burkholderiaceae.

The study's lead author, the University of Reading's Zoe Withey, Ph.D. said, the bacteria living in sink drains are shaped by what humans are "directly putting down them."

While it is expected that microbes from the gut would have a greater effect caused by the bathroom's wider environment, it appears that by and large that microbes that live on the hands' skin are feeding the community in the drains underneath sinks.

Meaning, said Withey, there is a need to be very cautious that what is put down the sinks affects the microbial community underneath.

These sites may not be reached during regular cleaning, resulting in communities with tougher, sturdier microbes.

The study authors point out that all sinks used for the study were cleaned regularly where samples were taken.

According to Gweon, they hope their findings will remind people that all the bacteria on their hands frequently stay alive and can grow even after being washed off, even if there is generous use of warm water and soap.

It is probable to spread microbes to the surrounding sites of the sink, where they can develop and persist. Lessening the spread of microbes needs thorough disinfection of the sinks and the areas around them, not just getting the hands wet.

Related information about microbes in the sink is shown on Microscope Project's YouTube video below:

RELATED ARTICLE: Bacons in Blades of Grass: Plant-Based Food and the Future of Food Science and Human Nutrition