Many animals and plant bodies have nanofibrous hydrogels that are also used in engineering applications. Now, engineers from MIT have a newfound understanding of the intricate architecture of lobster underbellies that provided them with a model for creating a tough and stretchy hydrogel.

New Scientist reported that this material that resembles the spiraling structure of the underbelly of a lobster is durable and resistant to tearing. Researchers are hoping to use it in making artificial tendons, ligaments, and cartilage.

The new material is a product of several types of research, one of which was the development of hydrogels by mechanical engineering professor Xuanhe Zhao. He and his team have been working on fatigue-resistant hydrogels made from water and cross-linked polymers and ultra-fine fibers aligned like straws.

Also, it is born from the research of another group of MIT researchers about the mechanical properties of a lobster underbelly, wherein they found sheets of natural polymer chitin stacked on a manner known as bouligand structure that gives it their stretchability and flexibility.

"We learned that this bouligand structure in the lobster underbelly has high mechanical performance, which motivated us to see if we could reproduce such structures in synthetic materials," says study author Shaoting Lin. 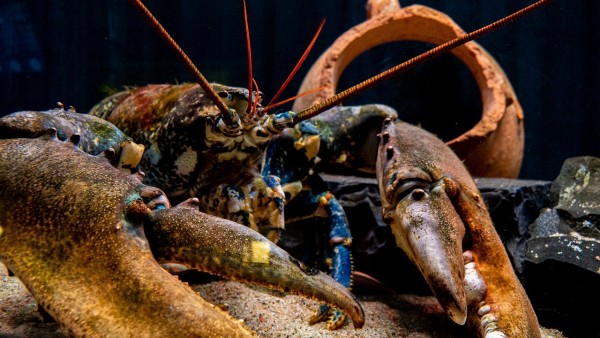 The two groups collaborated to recreate the structure they found in the lobster underbelly using the fatigue-resistant hydrogels. They used electrospinning to make the ultra-fine threads about 800 nanometers in diameter that were bunched together to form flat films.

Then they used the high-humidity chamber to wield the thin films and put them inside an incubator to crystallized them. Afterward, the researchers stacked five films at a 36-degree angle to form a hydrogel that is as big as a small Scotch tape.

When tested for its stretchability, the hydrogel is just as resistant to tears and cracks as that of the natural lobster underbelly.

Moreover, the scientists made some notches in the film to see how the cracks would behave when it undergoes stretching. They found that it seemed to contain the damage making it 50 times durable and fatigue-resistant than existing nanofibrous hydrogels.

The whole findings of the study, entitled "Strong fatigue-resistant nanofibrous hydrogels inspired by lobster underbelly," were published in the journal Matter.

These synthetic biomaterials resemble the structure, stretchability, and durability of natural tissues. More so, the material's flexibility means that 3D printers could be used to achieve previously unattainable configurations.

"This work shows a very promising pathway toward artificial biomaterials that are on par with, if not stronger than, natural biological tissues," said Ximin He, an assistant professor of materials science and engineering at the UCLA Samueli School of Engineering and one of the study's author.

RELATED ARTICLE: A New Use for Crab Shells: Chitin-Based Nanocarbon for Sustainable Electronics