WHO Reports Influenza Viruses Have Almost Vanished Globally During the Pandemic

Since COVID-19 started its worldwide transmission, cases of influenza viruses reported to the World Health Organization have plummeted to minuscule levels.

An article posted on Scientific American said that epidemiologists think the reason is that the public health measures are taken to stop COVID-19 from spreading also halted the flu.

Influenza viruses are transferred in much the same way as the coronavirus, although they are less effective when it comes to jumping from one host to another.

Last fall, it was reported that the "drop-off in flu numbers" was both rapid and global. Since then, influenza cases have remained substantially low. 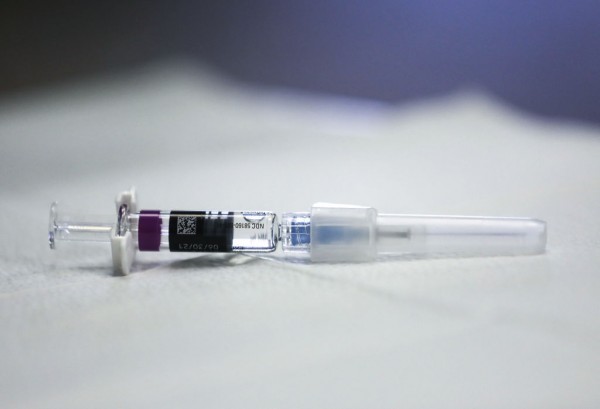 (Photo: Mario Tama/Getty Images)
Medical experts were hoping the flu shot in 2020 would help prevent a ‘twindemic,’ an epidemic of influenza paired with a second wave of COVID-19 which could lead to overwhelmed hospitals amid the coronavirus pandemic.

According to Greg Poland who has examined the disease at the Mayo Clinic for a decade, there is just no flu circulating. The United States saw approximately 600 deaths from flu during the flu season from 2020 to 2021.

Comparably, the Centers for Disease Control and Prevention approximated there were around 22,000 deaths in the previous season and around 34,000 a couple of seasons back.

Since the flu vaccine, this year is based on variants that have been circulating during the previous year, it is not clear how the vaccine this year will fare should the usual patterns of the illness return.

Essentially, the WHO made its flu variant recommendations for vaccines in late February although they were based on far lesser cases than in a typical year.

Earlier on April 22, The New York Times reported fewer flu cases in the US. It said, according to the CDC, around 2,000 cases have been reported and recorded since late September last year.

In addition, the news site also specified that as measures to prevent the spread of COVID-19 were imposed nationwide in March last year, the flu virus rapidly vanished and it still had not returned.

The most recent flu season, which typically would have run until the following month, essentially never took place.

As worries that a 'twindemic' could batter the US, the absence of the influenza virus was a much-needed reprieve that alleviated the burden on now an overwhelmed health care system.

However, the lack of exposure to the flu, the report said, could make the population more vulnerable to the virus as well, when it comes back, and experts said, its return is sure.

The CDC epidemiologist Sonja Olsen said, it remains unknown when the flu is coming back in the US, although they know it is indeed, coming back.

While public health experts say they are grateful for such a reprieve, some are apprehensive too about a lost immune response.

If the flu virus subsides for several years, toddlers today could miss their chance to have an early-age response imprinted on their immune system.

That, some health experts said, could be good or bad depending on what variants are circulating during the rest of these children's life. For now, the future transmission of flu remains "a roll of the dice."

To date, the WHO is tracking flu transmission in 18 zones. Only those who are getting tested for influenza-like diseases, usually about five percent of people who fall sick, are tallied and recorded.

A related report is shown on Korea Now's YouTube video below:

Check out more news and information on COVID-19  on Science Times.