Over 100 airports worldwide utilize solar power as a source of energy to power their terminals. Putting up solar panels in airports is a new concept as airports serve as an ideal spot with its wide empty open spaces in the ground and large terminal buildings, according to an article in Aviation Benefits Beyond Borders.

In August 2015, Cochin International Airport in Kerala, India became the first-eve airport in the world to operate entirely using solar power, making it completely energy self-sufficient. They installed 46,000 solar panels that produced a total of 12 megawatts of power that is more than enough to run the operations of the airport.

The airport has ramped up its construction of a solar power plant in the 45 acres near its cargo complex after the success of this first foray into utilizing renewable energy. 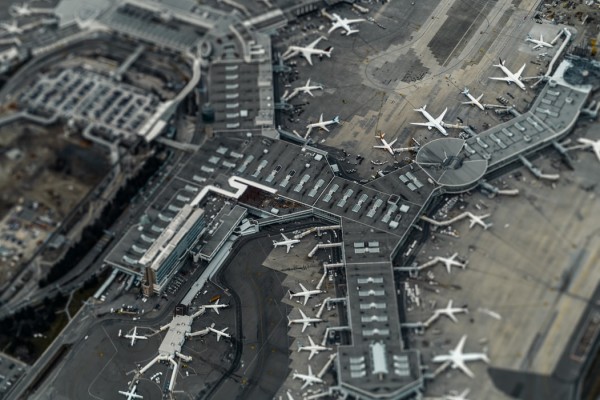 An article in Wired reported that putting solar panels in airports across Australia could be massively effective in powering 21 airports.

Researchers have studied satellite images of open spaces in Australian airports where solar panels could be put to avoid shadows and found a total of 1 square mile (2.62 square kilometers) of usable area.

To compare, they also analyzed satellite images and found that the amount of solar power produced by solar panels in airports is ten times that of the 17,000 residential solar panels in Bendigo, Melbourne.

Moreover, they found that putting solar panels in all 21 airports across Australia could reduce greenhouse gas emissions by around 152 kilotons a year. That is equivalent to 71,000 passenger cars being pulled off the streets.

Given the abundance of sunshine in Australia, large empty open spaces of airports could provide the opportunity to centralize solar power production. Since commercial buildings are bigger, they are also more efficient in saving energy because they can generate more power.

Making solar-powered airports could not only make them self-sufficient but also could make it possible for them to export energy, researchers wrote in their study entitled "Investigating potential rooftop solar energy generated by Leased Federal Airports in Australia: Framework and implications" that was published in the Journal of Building Engineering.

Challenges in Solarizing Airports in the US

The tech news outlet further reported that although putting solar panels on the roofs is ideal, it may not be easy. For example, the US Federal Aviation Administration requires airport officials to prove that their new solar panels would not produce glare that will fire sunlight to the eyes of the pilots and air traffic controllers.

Furthermore, the FAA wants to ensure that the panels will not interfere with the radar communications at the airport.

Scott Morrisey, senior vice president of sustainability at the Denver International Airport (DEN), said that designing and integrating solar power into the building makes it more cost-effective than older buildings.

It might be cheaper to deploy solar panels on the ground than put them on older buildings, especially if the airport has lots of empty open spaces at its disposal like DEN did with their open space. But for those who do not have large swathes of empty spaces, rooftops can be used.

There is also the issue of the intermittent nature of solar power, especially during winter. Airports could have microgrids or self-sufficient systems that would use solar power to charge massive batteries when the amount of sunlight goes down.