Researchers may have uncovered the key to longevity based on their study on people who lived past 105 years old and over.

A study entitled "Whole-genome sequencing analysis of semi-supercentenarians" published on May 4 in eLife, showed that these people have "extreme longevity" have one thing in common.

This study is the first one to decode the genomes of people in this age group, providing clues as to why they lived too long and how they managed to evade life-threatening diseases related to old age. 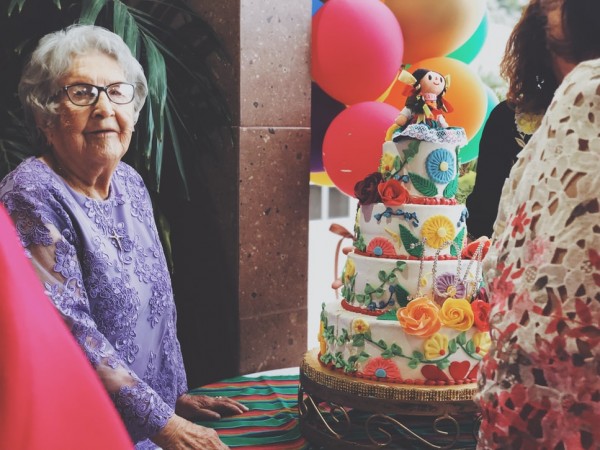 According to an article published on the website of Best Life, researchers conducted a whole genome sequencing from the blood samples they collected to find out the significant differences in the genomes between the older and younger group.

"We chose to study the genetics of a group of people who lived beyond 105 years old and compare them with a group of younger adults from the same area in Italy, as people in this younger age group tend to avoid many age-related diseases and therefore represent the best example of healthy aging," Paolo Garagnani, Ph.D., one of the study authors, said.

The team found genetic variances that are common in the older group who lived past 105 years old. The most common is the STK17A gene, which is responsible for the efficient repair of DNA. High activity of this gene means that it helps combat the growth of diseases like cancer.

Moreover, they also found the presence of BLVRA in the same group. This gene is responsible for the health of a cell.

The final common genetic trait was the COA1 gene that plays an important role in a cell's functionality. Previous studies have shown that it is the key to understanding age-related diseases, such as neurodegenerative disorders. Therefore, its main role is to stave off this kind of deterioration.

Low Genetic Mutations in People Aged 105 and Above

According to Science Daily, the researchers also looked into genetic mutations in the two age groups that they have accumulated throughout their lifetime.

They found that those in the older age group had a much lower burden of genetic mutations in six out of seven genes the team tested.

That means people who lived at 105 and older could attribute their extreme longevity to their genes' ability to avoid age-related disruptive mutations that could have given them diseases, like heart problems.

Massimo Delledonne, a Full Professor at the University of Verona and the first author of the study, said that their work which constitutes the first whole-genome sequencing of extreme longevity has allowed them to look at both inherited and naturally occurring genetic changes in older adults.

According to EurekAlert! Professor Emeritus of Immunology Claudio Franceschi at the University of Bologna concluded that DNA repair mechanism and a low burden of genetic mutations in specific genes are the two keys to having protected people who have reached extreme longevity from life-threatening diseases.

Check out more news and information on Longevity on Science Times.