Austrian computer scientists have created a smart shoe that helps blind and visually impaired people by sending vibrations to the wearer to avoid multiple obstacles.

This product is known as InnoMake, developed by the Austrian company Tec-Innovation and backed by Graz University of Technology (TU Graz).

MailOnline reported that the product is worth $3,840 (€3,200) a pair, which contains waterproof ultrasonic sensors attached at the tip of each shoe. Whenever it encounters obstacles, the sensors will send vibrations or will make noises to signal the wearer, just like a parking sensor at the back of a vehicle.

The Austrian tech company is planning to embed an AI-powered camera to the smart shoe for future versions of their product. 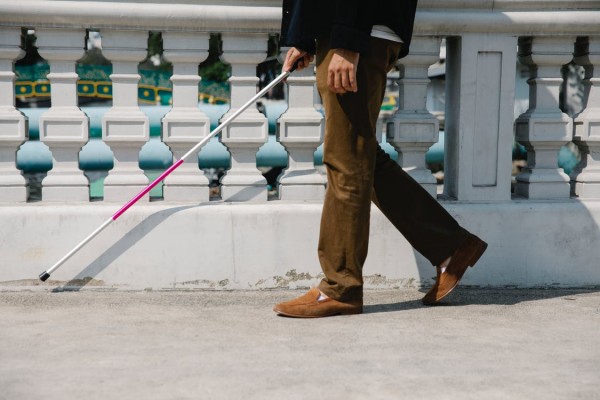 How the Smart Shoe Works

According to the New Scientist, InnoMake is like the Indian-designed Le Chal shoe that has a toe-mounted sensing module that emits ultrasound pulses and receives echoes from the objects lying ahead.

The smart shoe can detect potential obstacles located up to 13 feet (4 meters) in front of the person. It sends a signal to the wearer via a haptic feedback system that will make the shoe buzz, and an audible alert is sounded in the smartphone connected via Bluetooth.

Moreover, the smart shoe has LEDs on each sensor that flashes whenever there is an obstacle ahead. It was designed specifically to help blind and visually impaired wearers to navigate places while avoiding obstacles.

Scientists are making a version of the shoe's removable sensor module wherein an output camera is added, which is powered by artificial intelligence (AI).

The video should complement the ultrasonic sensors that will make sure the path ahead is obstacle-free. It will be used to determine if it is something that a user should step on, like a rock, or should be avoided, such as a pothole or a wall. Therefore, the camera and ultrasonic sensors would be working accordingly.

"We have developed state-of-the-art deep-learning algorithms modeled on neural networks that can do two main things after detecting and interpreting the content of the image," said Friedrich Fraundorfer at TU Graz.

"They use camera images from the foot perspective to determine an area that is free of obstacles and thus safe to walk on, and they can recognize and distinguish objects," he continued.

ALSO READ: A Coding Language for the Blind and Visually Impaired

According to the Daily Mail, the tech company also plans to combine the data collected from wearing the smart shoe into a street view navigation map for visually impaired people.

Fraundorfer said that the wearer benefits from the data that the shoe collects, and it would be more sustainable if it is made available to other people as well to help them navigate the area.

This will create obstacle maps of different cities to provide further aid to blind and visually impaired people with an advance warning when in such locations with known hazards.

Researchers have submitted a funding application to the Austrian Research Promotion Agency FFG to bring these obstacle maps to fruition that will hopefully become available in the distant future.