The genome data of almost 50 giraffes from Africa which were mapped recently revealed four distinct giraffe species. However, there is still a possibility that there might be more to be added to the species list of the world's tallest living animal.

The Current Biology research suggests that there are more or less four species confirmed. For researchers, the results may vary depending on the future DNA sequence examination. Biology experts have discussed the debate regarding the number of giraffes species for a very long time.

The four confirmed species of the giraffe are the following:

The species were discovered through giraffes that came from various parts of Africa, including Kenya, Angola, the Central African Republic, and Eutopia. The four main researched species have a total of 7 sub-species, reports Daily Mail.

The Tall Story of the Tallest Animal

The tallest animal had been a topic for debate ever since. The giraffes' tall story is famous for science experts, especially biologists. Every couple of years, considerable research to distinguish the exact species of giraffes vary on results. 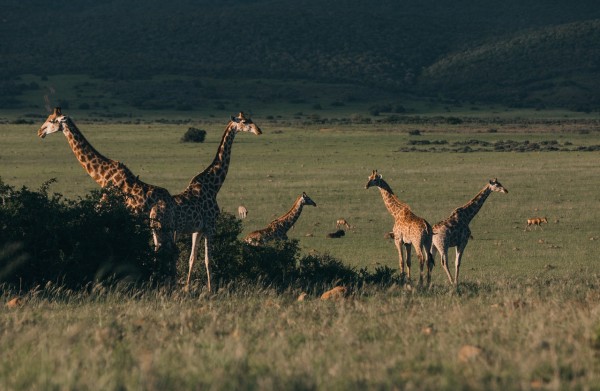 Initially, only one species of giraffe is recognized. From the sole species, eleven subspecies are identified. After centuries of extensive research, the subspecies reduced to nine, but seven were only accepted due to the criteria of genetics. In 2007, a study escalated the research, identifying broad genetic differences between giraffes.

The 2016 genetic study on giraffes took the first most prominent research in the hope to distinguish the correct species of the animals. The research, conducted by lead author Dr. Axel Janke of LOEWE Centre for Translational Biodiversity Genomics, examined the DNA of almost 200 giraffes across Africa. The 2016 initial research opened new DNA criteria, resulting in four identified species.

The same team also managed the recent analysis for the giraffe species, but this time, the comprehensive research firmly establishes that there are four confirmed species to date. Dr. Janke said that the additional data was very helpful for the research as it was challenging to collect data due to the appearance of the animals and the lack of research from the past.

In an earlier talk with The Verge, Dr. Janken said that giraffes are somewhat overlooked. People have no interest in studying the tallest living animal. With that said, only a few data have been collected from the animal throughout the years.

The doctor also expressed his concern about the decline of the animal population rate, but the results of the research will be much of help for the animal's conservation, reports Sci News. The genome analysis results will change the course of the animal's future, as more studies will be conducted based on the detailed data which Dr. Janken and his team of researchers made possible.

The findings of the giraffe species can be found at Current Biology and are available for other experts. The data can be used for species concern, protection, and conservation.