Two extinct life forms were found on the ocean floor that was apparently still living after 270 million years. The Paleozoic creature crinoid was still alive when the organisms discovered at the Pacific Ocean seafloor, just near Shikoku, Japan. When located, a hexacoral was growing off of the crinoid.

Sea lilies (also known as crinoids) and hexacorals are two of the most marine creatures that were very common in the Paleozoic era. According to the joint Poland-Japan paleontology researchers, the two were the very first account of a symbiotic relationship between crinoids and hexacorals, reports Science Alert.

The two share a symbiotic relationship since the beginning of their era, and surprisingly, they are still attached to each other even after several generations. As a result, the researchers said that the fossil is possibly an answer to many of the Paleozoic puzzles. 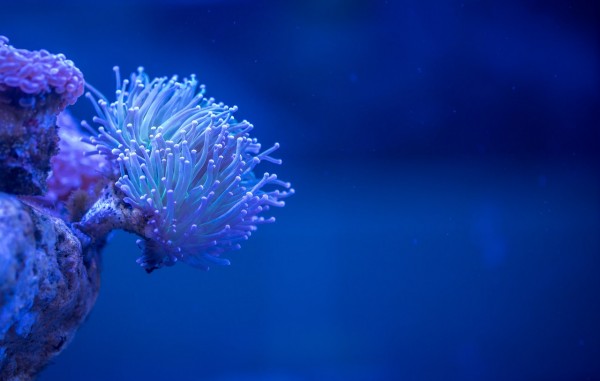 The association between the Paleozoic organisms was evidently inseparable. The Pacific seafloor was full of the best friends' fossils, including corals attached to crinoid stems extending from the seafloor.

So much bonded to each other, the specific crinoids and hexacoral vanished from the animal kingdom right after the Paleozoic era ended. With that, experts concluded they were extinct. Some species of the two survived and have continued to exist in the Mesozoic era right after the end-Triassic period but were never seen again in a syn vivo association.

ALSO READ: Pint-Sized Dinosaur from Mongolia Has Eye Vision Like an Owl at Night

Not until recently that the benthic best friends were reunited. They were uncovered thriving under a 100-meter dive on the ocean floor just off the coast of Shikoku and Honshu Islands. The hexacoral from the Abyssoanthus family was very rare. The other was a Metridioidea, a type of sea anemone expanding from sea lilies.

The research team used a stereoscopic microscope to grab a detailed observation of the specimens. On top of that, they had the specimen's non-destructive microtomography, scanning the creatures to unveil their interior composition, structure, and DNA.

Their examination has found that the specimens don't compete against each other for food. There are also minimal to no impediments when they move to filter feed. Still, there are still many questions unanswered about the Paleozoic creatures. For example, it is still a mystery if the crinoids benefit from the coral and vice versa.

But according to the researchers, there is one takeaway among the vast questions surrounding the organisms. The structure of the microorganisms is very rare. Furthermore, being non-skeletal, the coral did not change to the crinoid's structure. This is a different finding in contrast to the Paleozoic version of the coral.

The ancient versions of the coral and crinoids' skeleton are primarily composed of calcite, while the discovery is non-skeletal. Thus, the examination can be constructive in terms of closing the gap in the Paleozoic fossil records.

The research suggests that the specimens may help figure out the history between the interaction of both the organism and the ancestors of the corals active with the crinoids.