A team of researchers has completed the first comprehensive study of North West Australia, circumnavigating and mapping the entire deepwater zone in Ashmore Reef Marine Park.

Additionally, the study on the corals around Ashmore Reef also resulted in the discovery of a sea snake species previously thought to be locally extinct, as well as reported sightings of several species including the great spotted cowrie (Perissersoa guttata). The Schmidt Ocean Institute's 18-day expedition concluded on the week ending on May 1.

The research team was led by Dr. Karen Miller from the Australian Institute of Marine Science (AIMS), the country's tropical marine research agency. They were able to document, also for the first time and in high resolution, the great diversity in these areas surrounding Ashmore Reef filled with corals, calcareous algal beds, and sponge gardens. 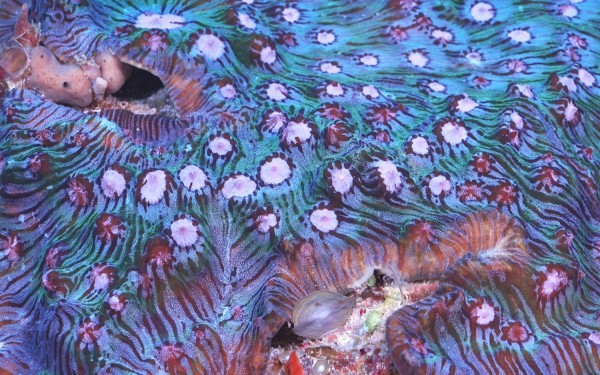 Researchers were also able to bring back samples that could offer additional insights into the life and structure of these deepwater corals. The Australian team has gathered ecological insights of these mesophotic species and populations in the waters 50 to 150 meters deep with help from an underwater robot called ROV SuBastian.

"Our observations of the reefs showed the mesophotic zone at Ashmore to be diverse, vibrant, and healthy," Dr. Miller said in a press release from the Schmidt Ocean Institute. "We found no evidence of coral damage, showing the marine park is helping to preserve this special ecosystem."

The robot they used in the study was capable of surveying animals in these submerged locations in a higher resolution, which surpassed previous survey methods implemented in NW Australia. Furthermore, the actual expedition was streamed to the public, sharing 148 hours of previously unreleased footage from the Ashmore Reef seabed.

The researchers also announced the collection of 500 high-quality specimens that would be made internationally available for further study.

"Mesophotic ecosystems are hypothesized to have significant ecological importance, including the potential to reseed shallow water reefs under environmental stress," adds Dr. Nerida Wilson from the Western Australia Museum. She adds that the ability of these ecosystems to provide a refuge for coral reefs warrants "critical attention," especially at a time when these structures are already suffering from different stressors including the changing climate.

The team also included the artist Ellie Hannon, who recreated the beauty of Ashmore Reef in her paintings done onboard.

About the Involved Organizations

The Schmidt Ocean Institute is a private nonprofit established in 2009 by Eric and Wendy Schmidt, aimed at advancing oceanographic study through innovative technologies, information sharing, and broad communication about the state of the ocean. It also operates "Falkor," the only philanthropic research vessel available all year round available to the international scientific community.

AIMS, the Australian Institute of Marine Science, has been around for almost five decades playing an important role in providing research to support governments, industries, and the community.

Lastly, the Western Australian Museum is the state's "premier cultural organization," which houses the region's scientific and cultural collection for more than 120 years. The museum has kept its natural and social heritage accessible through research, exhibitions, and public programs through its museums located in Perth, Fremantle, Albany, Geraldton, and Kalgoorlie. The WA Museum also provides management oversight for the Gwoonwardu Mia-Gascoyne Aboriginal Heritage and Cultural Centre in Carnarvon.

Check out more news and information on Corals in Science Times.