An ancient aqueduct located at Ancient Constantinople, now Istanbul, is a possible answer to keep modern-day water systems clean. The old, longest water channels worldwide have a trick under their infrastructure that helped itself maintained and pristine.

Johannes Gutenberg University Mainz (JGU) researchers shared that the limescale buildup had something to do with uncovering how the streamlines of the aqueduct had been maintained over centuries, Science Alert reports. 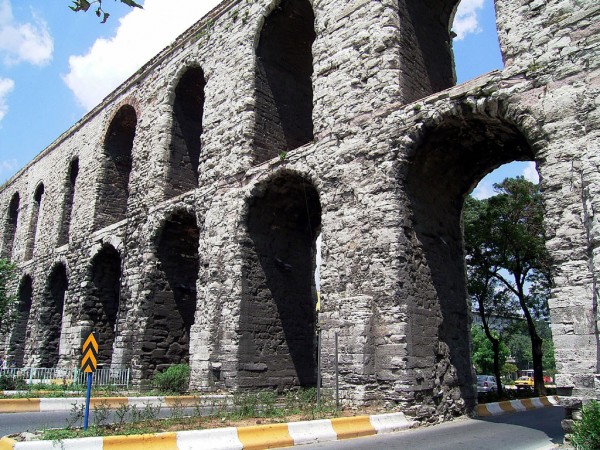 The Aqueduct of Valens was the longest line of aqueducts in the old times. Built-in the fifth century, the Roman aqueduct was a significant source of water. It spans 500 kilometers (310 miles), serving freshwater to Constantinople's citizens.

The aqueduct ruins had been one of the remarkable construction under the Roman empire, as it has a system that cleanses the aqueduct itself. From the freshwater springs 120 kilometers (75miles) away from the city center, the aqueduct is built with master class masonry, like any architecture created in the Roman empire.

The structure features a massive channel where large loads can pass through. Ninety bridges are also built along with the aqueduct lines. In addition, extra tunnels that stretch to 5 kilometers (3miles) are also connected to the water channel.

ALSO READ: How Did Aboriginal Australians Retouch Their Tools? Through Boomerangs

The researchers of the published Geoarcheology study entitled "Carbonates from the ancient world's longest aqueduct: A testament of Byzantine water management" shared that the aqueduct's carbon deposits are scattered on the aqueduct evidence water management in the Byzantine era. Many limescale buildups are found at the site, but these deposits have developed many years after the structure was abandoned.

This means that the ancient people had been maintaining the aqueduct spotless even after it stopped working. The structure managed to retain its stunning form because of the above-average effort of Valen's 'management department' to cater to the maintenance needs of the aqueduct.

It was discovered that the central portion of the channel had a double canal stretching up to 50 kilometers (31miles). The structure seems to be basic, with one streamline crossing another beneath a two-story bridge.

However, the whole structure undeniably costs a lot, but the system is prepared for a beneficial unique cleaning operation to keep cleanliness in the areas, as well as the flowing waters.

The aqueduct is the only water source for food, beverage, baths, and mines- an essential factor to consider, which people cannot afford to lose even in a short amount of time.

Cees Passchier, a professor of JGU, stated that the cost of the aqueduct's construction is reasonable to its price. Passchier added that Roman structures such as the Aqueduct of Valens impressed other experts and modern-day engineers because the complex building is added to possible problems and reports Phys.

The carbonate deposits found on the site are what caught the interest of the research. It existed just recently in our represent time. The deposits are not even thick and, when analyzed, should be a by-product within some 30 years of the channel's operation.

The 30 year-age of the carbonate doesn't add up with the 700 active operations of the aqueduct. This means that the extensive management of the aqueducts had a total effect even after it was left and never used again.

The answer regarding the findings from carbonate deposits from the ruins was supposed to be revealed soon. However, the research cannot continue at the moment due to the bombing on one of the bridges by treasure hunters, who are hilariously devoted to pieces of gold sitting among the Aqueduct of Valens.

RELATED ARTICLE: Horse Skeleton From the Ice Age Found in Utah Backyard Isn't What it Seems