Perishable Food Can Now for Last Months, Thanks to This New Pasteurization Technique

The US wastes roughly 40% of its food or an estimated 125 to 160 billion pounds of food goes to waste every year, and most of it is still perfectly edible and nutritious. According to FoodPrint, food is wasted because of bad weather, processing problems, overproduction, poor planning, and overbuying.

Households in the US throw around 30 million tons of food each year, while some parts of the world lack the necessary infrastructure where food can be refrigerated to prevent it from spoiling.

To avoid the problems of wasting more food, Farther Farms, a food-tech startup in upstate New York developed a new pasteurization technology that preserves perishable goods for up to 90 days without the use of refrigerators and artificial preservatives. 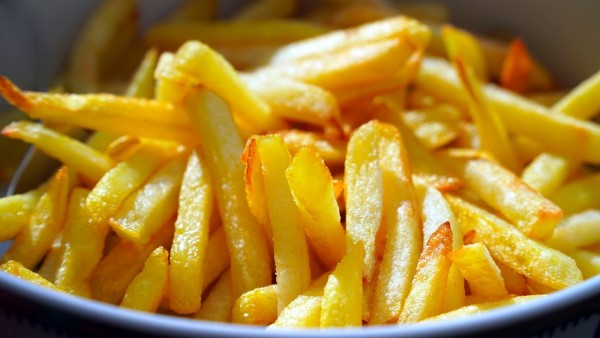 (Photo: Pixabay)
Perishable Food Can Now Sit on a Shelf Instead of the Fridge Thanks to This New Pasteurization Technique

Farther Farms co-founder Vipul Saran developed the new pasteurization technology when he was a graduate school student at Cornell University, according to Good News Network.

Saran was inspired by what he saw in India where delivering produce like potatoes are challenging because the necessary infrastructure to store them was minimal and expensive to use. Sometimes, refrigerated shipping costs even more than the product itself.

He started exploring solutions during his time at Cornell with the goal of making innovative food processing technologies that would create value-added food products from perishable food products by avoiding dependence on refrigeration and freezing.

According to the US News Mail, the new process invented uses carbon dioxide instead of heat that is common used in pasteurizing milk. The food is packed and then processed with high-pressure carbon dioxide at a moderately high temperature to inactivate microorganisms and enzymatic activity.

The startup food-tech company emphasized that the new technology goes further than the typical pasteurization used in making milk shelf-stable, but also making sure that the process does not affect the flavor of the food.

The company's first offering is their shelf-stable fries that underwent the new pasteurization technology. The company said that the technology can also be used in other perishable food, such as vegetables, salsa, dairy products, and cooked chicken.

Farther Farms is focused on preserving perishable processed foods like french fries instead of potatoes and salsa instead of tomatoes to help generate more economic value for farmers, US News Mail reported.

With this new technology, Saran said that they hope that it will open new markets and reach the maximum number of markets to help farmers.

Check out more news and information on Food Preservation on Science Times.