Researchers from the Carnegie Mellon University in Pennsylvania found that more women in a group boost collective intelligence in decision making compared to groups who have more men.

They ran machine learning algorithms to examine 22 studies that engaged in group dynamics to explore collective intelligence and what are the predictors of success or failure in a group.

According to MailOnline, their findings suggest that individual skill, male to female ratio in a group, and group collaboration are all predictors of collective intelligence, the ability to work together and solve problems. 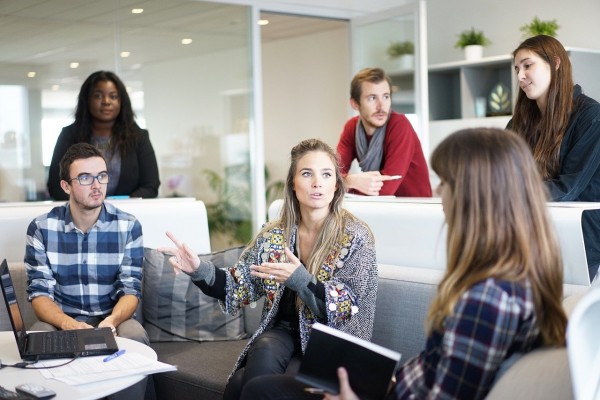 The paper, "Quantifying Collective Intelligence in Human Groups" published in Proceedings of the National Academy of Sciences of the United States of America, introduces some computational metrics that evaluate collaboration in groups, according to study author Anita Williams Woolley.

Researchers used meta-analytic methods to evaluate data collected in 22 studies that involved a total of 5, 349 individuals. They found that group collaboration is twice as important in predicting collective intelligence than individual skills and that it comprises a significant number of women as well as member social perceptiveness.

In previous studies, the team built on the approach of collective intelligence which is a statistical factor that informs a group's ability to perform various tasks as a single unit.

In their recent study, researchers analyzed each sample and quantified indicators of group collaboration using machine learning techniques that determine the importance of different factors for predicting CI.

The findings suggest that having more women in a group, member social perceptiveness, and group size predicts high collective intelligence.

Their research advances the science of group performance conceptually and methodologically through collective intelligence that predicts the future performance of a group.

What Is Collective Intelligence?

Organizational Psychology Degrees defines collective intelligence as the body of knowledge that grows out of a group. That means that when members of a group work together, it creates another form of intelligence that does not exist in any individual.

This includes making decisions, forming a consensus, getting ideas from other members, and motivating people through competition.

In the book "The Future of Work" by Thomas Malone, the Patrick J. McGovern Professor of Management at MIT and the founding director at the MIT Center for Collective Intelligence he theorizes that businesses in the future will look different from today's businesses because of collective information gathering.

Malone believes that it will involve AI and other types of automation as different groups try to interact and produce a body of knowledge.