A ranger naturalist going across a California petrified forest discovered a trove of prehistoric remains, including a well-preserved mastodon skull and an immensely huge salmon.

Greg Francek from the East Bay Municipal Utility District (EBMUD) first started with discovering the petrified forest last summer 2020 in the mud-filled banks of the Mokelumne River, at the foothills of the Sierra Nevada. According to online news portal SFGate, the site urged Francek to inspect the site even further, leading to what might be one of the most significant discoveries of prehistoric remains in the state's history. 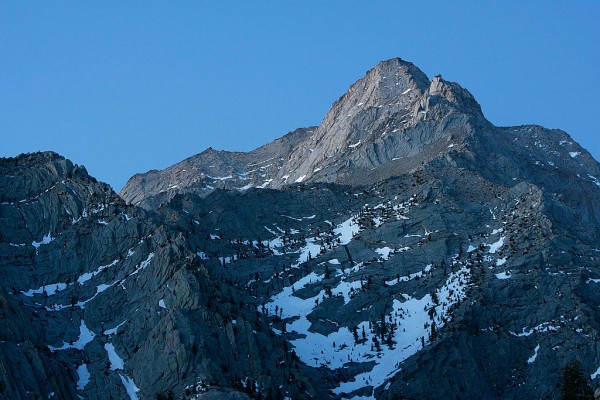 (Photo: Photo by David McNew/Getty Images)
LONE PINE, CA - MAY 09: Alpine peaks rise south of Mount Whitney, the tallest peak in the continental US at 14,494 feet, in the Sierra Nevada Mountains, which carry less snow than normal, on May 9, 2008, near Lone Pine, California.

A Chain of Discoveries

"I looked around the area further and I found a second tree," Francek recalled in an EBMUD press release. "After finding dozens of trees I realized that what I was looking at was the remains of a petrified forest."

Pieces of petrified wood, which Francek initially discovered near Mokelumne River, are basically fossilized wood created after being buried in fine-grained sediments such as those of water sources like deltas and rivers, or volcanic ash beds. The wood is protected from further degradation from the elements and turns into stone-like structures over exceptionally long periods of time.

After three weeks of inspecting the curious location, the EBMUD ranger naturalist stumbled upon the trove of prehistoric remains. He recalled finding vertebrae fossils first, admitting that at the time, he didn't realize the significance of his discovery - that he was "looking at the bones of great beasts" that roamed what is now California.

It led Frances to connect with geology and paleontology experts across the US to check out the discovery, which included ancient mammals such as the mastodons and gomphotheres, and an incredibly large 400-pound monster salmon with spiked teeth, with other fossils still undergoing additional studies to be identified.

The mastodon, whose name literally translates to breast-toothed, is a prehistoric mammal related to the extant elephant. They lived in what is now North and Central America up until they became extinct during the Pleistocene period some 10,000 to 11,000 years ago. On the other hand, gomphotheres were also elephant-like creatures that had four extending tusks instead of only two found on their modern relatives.

According to the EBMUD, about "1.4 million people in the San Francisco East Bay" use their taps for drinking water that comes from the snowmelt of the Sierra Nevada Mountains. The East Bay Municipal Utility District has been in charge of managing more than 28,000 acres of watershed land surrounding the Mokelumne River at its foothills for almost a hundred years now, ensuring the quality of potable water serving the citizens. The land it manages includes the Pardee and Camanche reservoir.

Additionally, the geographical features people now know in the region, including the Sierra Nevada mountains did not exist as they do today, with estimates placing the formation of the snow-capped mountains to some four million years ago. It falls within the Pliocene period, where the discovered giant mammals were flourishing across the Americas.