Excessive Hummus Consumption: Is It Safe to Eat a Lot of This Healthy Snack?

A lot of people nowadays are into excessive hummus consumption as it is considered one of the best foods existing today.

An Eat This! Not That! article described hummus as a perfect pair to a "cheeky cheeseboard," or to eat with all the celery sticks one could ever imagine.

However, hummus enthusiasts might not be interested in what has recently been suggested: that there should be a limit to the amount of hummus consumed.

This is not the question of how much a person can individually consume in one sitting. It is more of the quantity the body can stand in general. 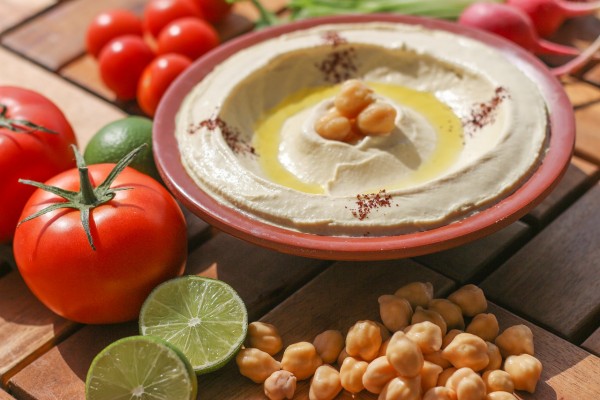 (Photo: Firas Hassoun on Pixabay)
Expert says hummus is a reasonably safe food to ‘to overdo it’ on.

Hummus as a Healthy Snack

According to Heather Hanks, a nutritionist, hummus is definitely a healthy snack. She also said that this food type is rich in fiber, vitamins, minerals, and antioxidants, all that comprises a nutritious food, although, hummus, WebMD specified, is made from chickpeas which are known a legumes.

This, Hanks explained, can be difficult to digest for people, and induce gastrointestinal or GI inflammation.

Consequently, if one starts feeling bloated, gassy, or he cannot control his burps, then, that's his body telling him, he's had excessive hummus consumption.

In a similar report, UNILAD said, if the body can process fiber well, the expert said, he will then be miles in front of his peers who cannot get the planned foods' indigestible parts through their system as effortlessly.

Dietitian Kelsey Lorencz said, someone who has been eating too much hummus should not be afraid. He can allow his body to consume more of it if he is steadily and gradually increasing his intake of fiber, also known as, according to a LADbible article, "the secret to more hummus is more hummus."

Lorencz added, while one might want to eat a lot of hummus comparing it to nothing but air, it is essential to take it one step at a time.

One who has just started eating hummus, or any food rich in fiber, begins with a couple of teaspoons and ensures he is drinking plenty of water to help the fiber move through his system.

Taking such a route, she explained, would mean, he would not get the abrupt onset of stomach issues and could indulge in the creamy, delightful mixture sans that feeling of uneasiness and illness.

When Limitation is Unnecessary

Fortunately, the experts said, since there are only approximately 400 calories in a regular cheeseboard-sized hummus tub, it is not going to cause chaos on a person's waistline.

They, therefore, advise hummus lovers to take it easy when they consume the food next time, or they could be upturned and feeling as if they were a bloated ball or uncomfortably in pain for a while.

According to Malorie Thompson, a nutritionist, as long as stomach concerns stay at bay, there is no need to consider a real restriction for hummus consumption.

She pointed out, a full cup of hummus only nets out approximately 400 calories. In general, hummus is a reasonably safe food to "to overdo it" on," explained Thompson.

RELATED ARTICLE: Pandemic Pounds: Tips to Get Back in Shape After Developing Bad Habits from COVID-19 Crisis