In line with plans for a lunar space station, Canadian technologies in collaboration with NASA are set to land a lunar rover on the Moon's polar surface in the next five years, says Science Minister, François-Philippe Champagne. 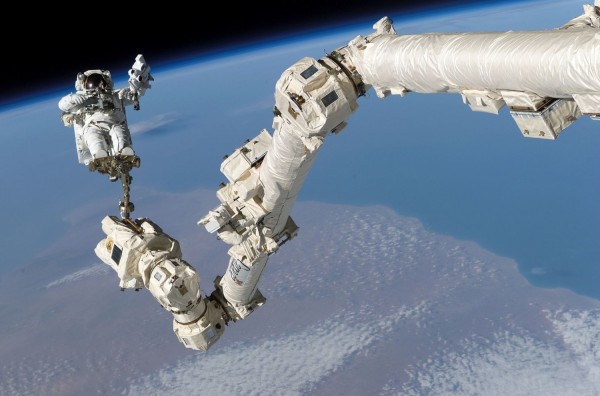 The Canadian Space Agency announces an unmanned robotic vehicle to gather imagery and measurements on the cratered lunar surface. The agency expresses that the venture is in hopes of expanding and showcases Canadian entrepreneurs and scientists. The Science Minister says that Canadians will play a vital role in the competitive and innovative global supply chain of the new space economy.

In concert with NASA, the Canadian lunar mission hopes to have the rover survive through an entire lunar light, which experts say lasts for roughly two weeks and can present major technological challenges because of the extreme darkness and cold.

Lisa Campbell, president of the Canadian Space Agency, says that a request for proposals on the rover's design and development will be put up in the coming months.

ALSO READ: Elon Musk Still Pushes His Mars Agenda; What Are The Risks of Living in the Red Planet?

David Saint-Jacques, a Canadian astronaut, sporting his flight suit, was present during the virtual announcement and is slated to be one of the four Canadians to be the first to travel to the moon within the next few years.

In December of last year, a signed agreement between the Canadian government and the United States to send Canadian astronauts to the moon in an effort to establish a new space station on the lunar surface.

Newswire Canada reports an investment of $3 million in technological initiatives for lunar exploration through the Canadian Space Agency. Mission Control Space Services is set to receive $3 million for testing cutting-edge technology on the Moon's surface and lunar orbit planned for 2022. Two other Canadian companies, NGC Aerospace Ltd and Canadensys Aerospace Corporation, will demonstrate advanced technologies during the lunar missions.

At the same time, the Canadian Space Agency will be supporting numerous scientists in Canadian universities to advance understanding of the Moon's surface. $2.9 million has been allotted to develop Canadian lunar science instruments, while $4.4 million are set for advancing technologies of nano and micro rovers.

Countries from around the world are set to send humans further and further into space, well beyond the International Space Station. Roughly 400,000 kilometers from the Planet, the Moon is a critical stepping stone in humanity's quest towards Mars.

According to the Canadian Space Agency, Canada has officially announced participation in the next chapter of lunar exploration including, the Canadarm3, a smart robotic system for the Gateway project---a space station designed to orbit the moon.

In return for Canada's contribution to the Lunar Gateway, Canada will receive a range of opportunities for technology demonstration, lunar science and commercial activities, and two astronaut flights to the Moon. Likewise, a CSA astronaut is set to be part of the Artemis II missions, the first crewed mission since 1972.