Space Tourism on the Rise: Are Other Passengers of SpaceX Considered "Astronauts"?

As space tourism continues to gain popularity with private launches, a question begins to arise: Who is an astronaut?

The term "astronaut" is a combination of the Greek words for star and sailor. The issue of correctly using the term "astronaut" has become complicated and about to get more so as wealthy people buy tickets to space aboard the spacecraft built by private companies like SpaceX and Blue Origin.

Will they also be called astronauts? Or will they be called by other possible names, like space tourists, space sightseers, rocket riders? Or perhaps as spaceflight participants as what Russians have called it for many decades. 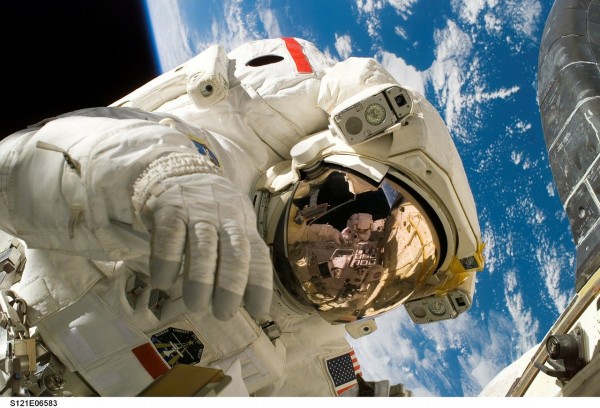 (Photo: Pixabay)
Who Is An Astronaut Now That Space Tourism is on the Rise?

Who is an Astronaut?

NASA administrator Bill Nelson who spent six days orbiting Earth in 1986 aboard the space shuttle Columbia when he was a congressman said that he does not consider himself an astronaut. He said that he would rather reserve that name for his professional colleagues, The Associated Press reported.

On the other hand, computer game developer Richard Garriott who paid to visit the International Space Station in 2008 with the Russians claims that he is an astronaut. He said that he hates the space tourist label and declared himself as an astronaut in an email, explaining that he spent two years training for the mission.

Former NASA astronaut Michael Lopez-Alegra of Axiom Space who will accompany three businessmen to the ISS via the SpaceX rocket also said that whoever goes to space is an astronaut.

He added that his clients who will spend $55 million a seat will conduct research in the space station. Therefore, do not consider themselves space tourists.

Even Blue Origin calls its future clients "astronauts." While retired NASA astronaut Mike Mullane said that anyone is only entitled to the title when they strap themselves into a space rocket and reached a certain altitude whether a person buys a ride or is assigned to a ride.

In that sense, a more important question should be answered: Where does space begin?

Determining who an astronaut is, also involved in defining where space begins. The Federal Aviation Administration (FAA) limits its commercial astronaut wings to flight crews, according to Money Control. That is a minimum altitude of 50 miles (80 kilometers). So far, it has awarded seven including two pilots for Richard Branson's Virgin Galactic.

Meanwhile, some experts would also define the beginning of space at 62 miles (100 kilometers) above sea level.

The Association of Space Explorers requires at least one orbit of Earth in a spacecraft, or an equivalent to one and a half hours to circle the world, for membership.

Fordham University history professor Asif Siddiqi, who wrote several books about space, said that the rise of space tourism would likely create opportunities for hundreds of people to go to space and that the term "astronaut" might be necessarily retired.

While Mullane suggested using first class, second class, or third class as classification of the astronauts depending on their involvement, whether they bought a seat or were assigned to ride to space.