Who Wants To Be An Astronaut? This New Show Will Send One Lucky Winner to ISS

Those who have always wanted to know what it's like to be an astronaut may soon have the opportunity to become one. Discovery has now started a competition in which everyday people may win a trip to space.

"Who Wants To Be An Astronaut?" is a new competitive television show from Discovery. They announced it on their official website on Tuesday. It's a competition that will allow one lucky winner to journey to the International Space Station (ISS) for a "once in a lifetime trip." 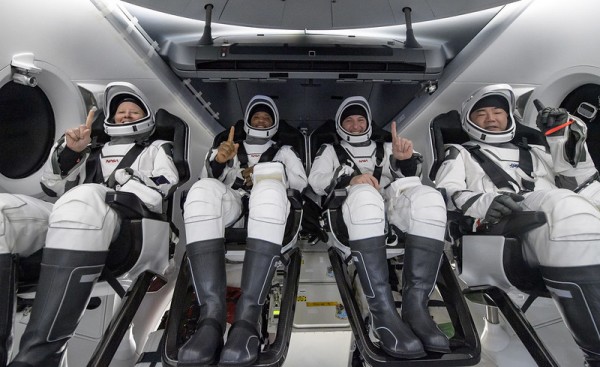 The applicants will compete in an eight-part series for a position on the Axion Space Mission 2, which is set to launch "no early than January 2022." Discovery will put through the final contenders "extreme" tasks modeled after astronaut training.

If you want to compete for this coveted seat to the space station, Discovery said those who wanted to join needs to get ready for a rigorous selection process.

In the end, they will choose only one winner to spend eight days on the International Space Station.

Although the International Space Station is expected to remain in orbit until at least 2028, it will not be the only space station in the future. Russian space officials announced last month in a Science Times report that they want to depart the ISS in the future years and build their station. In the next year or two, a Chinese orbiting outpost is scheduled to be operational.

Even NASA is on the lookout for the next big thing, offering to assist private solutions. For example, Axiom is developing a commercial section that will initially be installed on the International Space Station before being used as a key component of an Axiom station.

ALSO READ: Elon Musk Still Pushes His Mars Agenda; What Are The Risks of Living in the Red Planet?

'We're not looking for rocket scientists'

According to Discovery, the show is available to the general public. This is in stark contrast to the normal astronaut criteria, which involve a scientific, math, or engineering background.

"We're not looking for rocket scientists - this is an opportunity for regular people to have the chance to travel to space and share that journey with the world," Discovery explained on its website. "Ok, ok, if you're a rocket scientist you're welcome to apply too!"

🚨WHO WANTS TO BE AN ASTRONAUT?🚨

Apply now for your chance to score a seat to space: https://t.co/LWHUZZqCLs pic.twitter.com/i0C8cgrDIi

According to the casting call on the website, applicants must be at least 18 years old and based in the United States. They must also upload images and a brief video and answer a series of questions about themselves. "What is something people would never know just by looking at you?" and "When did you love for space and space travel begin?" are two of the personal questions asked.

It's unclear if they would consider candidates with physical limitations. But the casting call does ask whether the applicant has any physical ailments that "may hinder" their participation in physical activities.

For the first time in more than a decade, the European Space Agency has announced the recruitment of two new astronauts. One of the positions is reserved for an astronaut with a physical impairment.

"This is a once-in-a-lifetime chance for everyday people to shoot for the stars," Discovery added on their website. "Think you have what it takes?"

RELATED ARTICLE: Tardigrades, Squid Goes to ISS Next Month; Are They Among the Scientific Experiments SpaceX Will Make?