The California scrub jay (Aphelocoma californica) is a species of scrub jay native to western North America whose range is from southern British Columbia to all of California then western Nevada near Reno to west of the Sierra Nevada.

The case of the nesting scrub jays was first reported by the Sacramento-Yolo Mosquito and Vector Control District officials on May 26. They said birds like crows, magpies, and scrub jays are especially susceptible to the virus, noting that the discovery of the birds with West Nile virus is a "good reminder" for people that the virus is present in the area.

Vector control officials also warned the public not to touch dead birds and instead contact the hotline of the California Department of Public Health (CDPH), (877) 968-2473.

ALSO READ: Confirmed! The West Nile Virus Is Now in Fresno: Here's How to Protect Yourself from the Mosquito Disease

According to the Centers for Disease Control and Prevention (CDC), the West Nile virus remains the "leading cause of mosquito-borne disease" across the continental United States. As a vector-borne disease, it is transmitted to humans through mosquito bites and is usually seasonal, coinciding with the insects' breeding period.

There is no vaccine to prevent the West Nile virus disease and there is no specific medication for treatment. Only 20 percent or one in every five people infected with the virus shows symptoms like fever. However, although rare, about one in every 150 infected people develop a more serious and potentially fatal disease.

Personal protective measures is recommended to reduce the risks of contracting the West Nile virus, according to the CDC. It involves the use of insect repellants registered with the Environmental Protection Agency. These  EPA-approved products are safe and effective, even for breastfeeding and pregnant women. Wearing clothing that covers the length of the arms and legs provides additional protection. 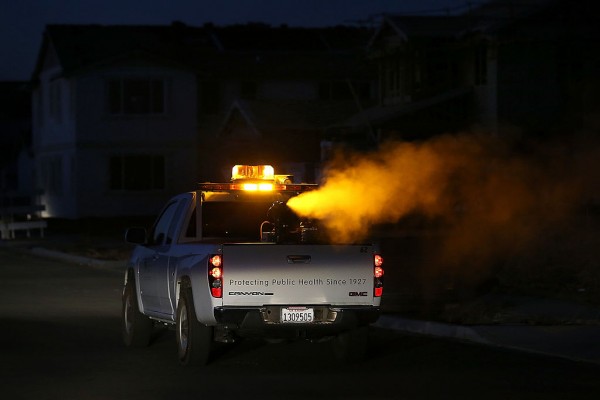 About one in five people who are infected develop a fever with other symptoms such as headache, body aches, joint pains, vomiting, diarrhea, or rash. Most people with this type of West Nile virus disease recover completely, but fatigue and weakness can last for weeks or months.

The Persistence of West Nile in California

The West Nile virus was first detected in the United States in 1999 and has spread throughout the continental USA over the following years. A separate CDC report shows that as of January 5, 2021, 44 American states have reported cases of West Nile virus from people, birds like scrub jays, and mosquitoes. California is among the states with reported cases of human transmissions.

The Golden State has launched its California Arbovirus Surveillance Program more than five decades ago with the aim of tracking endemic encephalitides or inflammation of the brain in the state. This program was expanded in 2000 to include cases of West Nile virus among humans, birds, and mosquitoes. A recent study, published last November in the journal PLOS Neglected Tropical Diseases examined the persistence and growth of West Nile virus cases in California. The study covered the period from 2003 to 2018. Some 6,909 human cases, including 326 deaths, have been reported to the CDPH for the duration of the study.

Check out more news and information on the West Nile Virus in Science Times.