Amidst the crisis Earth is experiencing, the International Space Station keeps track of every data we need to monitor our changing climate. The presence of the ISS in space is very beneficial to experts as they gather important information to keep a tab on global warming. 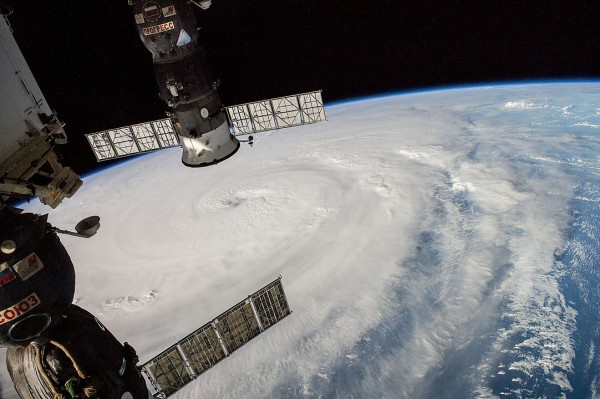 The International Space Station is hovering above our skies, observing Earth with numerous technologies attached to it. Some of the basic equipment it contains are, of course, multiple cameras that provide high-resolution images from our planet and the galaxy and CubeSats that are constantly deployed to note Earth's evaluations.

The Japanese Experiment Module (JEM), also known as Kibō, carries most of these devices. The module is located at the end of the station, an area to conduct experiments and assessments. But while these and other gadgets are used for space observation, the International Space Station's many functions also apply to studying Earth's climate.

The atmosphere is among the observation priorities of the ISS in monitoring climate change. For eons, the Earth's invisible blanket has always been linked to the mood of the overall weather patterns of the planet. This drives NASA experts to take advantage of the ISS and study the atmospheric mood from space.

The weather's reflections must be tracked to determine the influences on the planet's surface. Understanding the changes is crucial to prepare for any outcomes that may occur, says NASA Exploration Science Office manager William Stefanov.

This is why putting the ISS in space to observe the climate conditions from space is a great advantage to keep the planet safe and avoid negative impacts that might happen at any time. For more than 20 years, the orbiting station has been an extension to innovate and expand climate research growth. Since its launch, the International Space Station has been a bridge to harvest unique data for developing remarkable solutions and sufficient initiatives against climate change.

ALSO READ: Thick Sea Snot Covers the Sea of Marmara in Turkey, Could It Be Due to Climate Change?

The space station allows onboard astronauts and systems to observe Earth in a 52-degree orbital inclination on the face of the planet. The experience might be fun and exciting to hear about. But in contrast to the public knowledge, being on the ISS is much more challenging than it seems. Seeing the sunset 16 times a day is unusual for any human, but orbiting almost 90 percent of the world's population is what inspired the great people on the station to achieve studies.

With the orbit pattern, obstacles on the space station include different sets of gathered data from Earth's collective climate every day. But these types of inconsistencies have been put to use, thanks to the payloads attached to the ISS. The principal components attached to the station includes ECOSTRESS, HISUI, OCO-3 TSIS-1, DESIS, and GEDI-all of which are useful to research Earth's composition, such as the reaction from plant species, behaviors of gas layers, and the chemical compounds that provide life support among the planet's living organisms, SciTech Daily reports.

The ISS payloads contribute to see the affecting bodies relative to climate change. The types of equipment allow scientists to keep track of the unique influences that are hard to inspect while on Earth's surface. Many studies are still in development, but the ISS's research undeniably serves great welfare to deciphering and understanding climate change. The interest of the International Space Station towards the Earth's changing climate will continue, and it will add many answers to prevent any destructive effects, which we all hope won't happen anytime soon.