Friction-Powered Clothing Can Give Self-Sufficient Energy for Wearables

In the never-ending search for ways to harness energy, researchers are looking at a new method - using your clothes to harvest your own kinetic energy and power your electronic devices.

A multi-disciplinary team from different institutions, including members from the Research Institute for Flexible Materials at the Heriot-Watt University. Researchers behind the new project are looking for ways to efficiently harvest kinetic energy generated in clothing with the use of the latest advancements in nanotechnology. 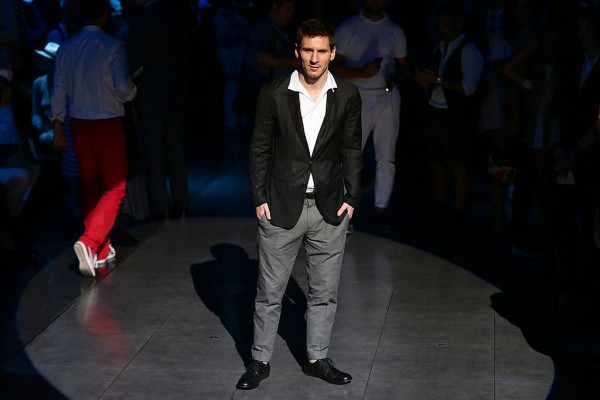 Reusing Energy as You Move

The scientists - all based in Scotland and Ireland - are attempting to fabricate a wearable autonomous energy system powered by friction. Using curing-edge nanogenerators, the friction-powered clothing item will capture and reuse the kinetic energy created by the wearer to power electronic devices. Should the project be successful, these small and unobtrusive devices could be woven into everyday clothing items.

According to the researchers could have the technology ready as early as 2027 and could power various devices from tablets and smartphones to wearables like smartwatches. The project is led by Professor George Stylios from the University's School of Textiles and Design in the Scottish Borders, overseeing the ways on how the promising nanotechnology could be integrated into clothing items.

"As humans, we collectively expend a huge amount of energy as we move around so why not capture this and put it to good use?" Stylios said in a news release from Heriot-Watt University. He adds that successfully doing so would help in the fight against global warming as well as deliver convenience to its users.

Stylios also stressed that factors such as the kind of fabric to be used and the mechanics of the autonomous energy system, together with the critical surface interaction of the fabric, are important in making this work. These concepts should allow the generation of enough energy from the effect of the wearers' movement, transferred through nanotechnology to generate sufficient and renewable energy.

The nanotechnology that would make clothing a viable source for renewable energy is known as a triboelectric nanogenerator, or TENG, in flexible fabrics. A 2015 study in the journal Nano Energy summarizes its concept of operation as the electrification of contacts paired with electrostatic induction. Its size and flexibility make it a potential gamechanger in the field of energy generation.

Stylis additionally explains that their biggest challenge at the moment is increasing the power output to make TENG a viable option. He notes that currently, TENG for textiles generates power in only the microwatt to milliwatt range. Mobile devices require power that is in the range of hundreds of milliwatts.

Another previous study, led by researchers from the Chalmers University of Technology in Sweden created a woven fabric that was made from a piezoelectric yarn combined with an electrically conductive yarn. The new fabric infused with nanotechnology, composed of a total of twenty-four fabrics each as thin as a strand of hair, generates electricity when it is stretched and the rest of the fiber transports the current. Additionally, they were able to create a material that is soft, flexible, and works better when the fabric is moist or wet.

RELATED ARTICLE: This Anti-baldness Hat is Powered by the User's Movements