The Great Dying is a mass extinction event 200 million years ago, which brought horror to all life forms on Earth. During this event, the temperature on the planet increased rapidly, reaching a point where the oxygen level in oceans dropped. The mass extinction eliminated nearly 70 percent of the total land species. The extinction inflicted a greater impact to marine animals, with more than 95 percent of species erased from Earth's oceans.

The sharks, however, did survive on the deep blue seas. What's more, is that swimming jaws also managed to be alive at the end of the Triassic period where the next mass extinction took place. Even the asteroid that ended the entire clade of dinosaurs 66 million years ago. Yale University's paleobiologist and oceanographer Elizabeth Sibert says that the present-day sharks are the ultimate survivors of numerous extinctions. 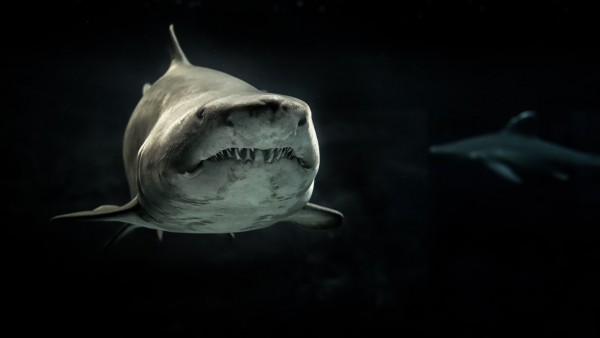 Sharks are known to have lived longer than any species. It swam the oceans of Earth for millions of years up until today. But according to the study published in AAAS Science entitled "An early Miocene extinction in pelagic sharks," the colossal species of fish have been pushed so close to the brink of extinction more than we thought. The study reveals that a mysterious mass extinction that occurred 19 million years ago killed one in ten sharks, almost wiping them out from oceanic bodies.

The mass extinction of the nearly vanished sharks is a puzzling event to experts. They were certain that the event is something bigger than expected, as it almost exterminated 90 percent of sharks overnight, says Sibert. Scientists still have no clue about the devastating occurrence, but they were sure that it was two to three times catastrophic than the asteroid that killed dinosaurs, with only 30 to 35 percent of shark species banished.

Sibert, along with State University of New York College of Environmental Science and Forestry doctoral student and co-author of the study Leah Rubin finally unearthed the missing piece that will add up to the unknown extinction.

The ocean floor is the key to answer the mysterious disappearance of the ancient sharks. The parts of the dead giant fishes, such as denticles or teeth, descend down the deepest of oceans where it decays, and when left undisturbed over time will form feasible fossils called 'icthyoliths.'

The Pacific Ocean was the favored water body by the researchers, as it was abundant in sediments that contain icthyoliths fossils. The pieces of evidence that can be found on the ocean floor also cover 40 million years of ancient history. With the help of the JOIDES Resolution, they were able to drill 3.5 miles on the seafloor and gathered the specimens.

The denticles found from fossils exhibit orange, blue, less saturated green radiation. The results point to the missing piece of the Miocene, the fourth epoch of the Tertiary period. The unknown event, dubbed by researchers as Extinction X, served as a transition period to Earth, and it was then that excessive ice sheets covered the entire planet, including the forming of permanent ice continents in Antarctica.

The Miocene period, unfortunately, doesn't present any comprehensive data as to what happened during the event. Even so, there aren't significant changes from the oceans back then compared to the present, and it might help further research to determine Extinction X. Sibert believes that the extinction might have occurred due to a possible number of devastating causes. More records are needed to pursue the study, and Sibert is convinced that it will tell us a message which needs to be heard, reports MSN.

RELATED ARTICLE: Giant Tortoise Still Roams Galapagos Islands After Being Thought to be Extinct 100 Years Ago