The sun, a huge ball of gas that has intrigued astronomers and scientists for generations churns energy constantly and often ejects masses of plasma towards the Earth.

There are times when these ejections possess enough power to crash through the planet's magnetosphere potentially damaging satellites and electrical grids across the globe. Because of this understanding, the sun and the accompanying solar wind are vital.

Astronomers have long studied the Sun's activities with more and deeper understanding. Today, computers have become the center of the quest to understand the Sun's behavior and its effects on space weather events.

The Sun and Solar Wind Explained 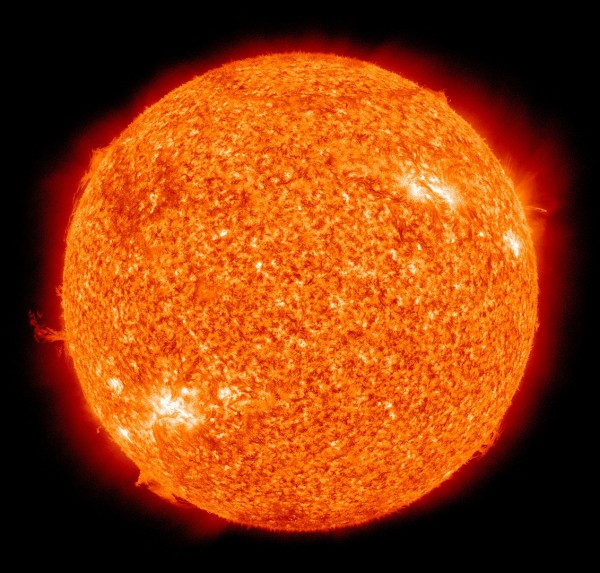 First made known by Euguene Parker, University of Chicago physicist in the 1950s, solar wind is often visible in the sun's halo during eclipses and occasionally in the planet's atmosphere during aurora borealis.

According to the University of Chicago, the sun's surface reaches 6,000 degrees Fahrenheit, however, its atmosphere known as the corona exceeds this by a thousand times. It's incredibly active and its loops and flares are seen as the halo during an eclipse.

Because of the corona's intense temperature, the sun's gravity is unable to hold it in place, hence particles are flung off into space traveling throughout the solar system. As the sun spins, burps, and burns, it creates swirls and eddies of particles that are mostly electrons and protons traveling roughly a million miles an hour as it passes the planet.

The flow of particles is known as the solar wind and can have enormous implications on our lives here on Earth. It protects the planet from stray cosmic rays originating from different parts of the galaxy. At the same time, the effects of solar atoms on the sun's surface can interfere with telecommunications networks and satellite functions on Earth.

In October 2020, the Act Promoting Research and Observations of Space Weather formalized the need for researchers to develop more accurate and reliable space weather forecasting tools.

Nikolai Pogorelov, a professor of Space Science, the University of Alabama who was been utilizing computers to study space weather tells Phys.Org that space weather, like most weather systems, requires real-time product for researchers to predict the impact and magnitude before the event.

With numerous plans for manned missions to the moon and other planets. All these will require accurate predictions of space weather both for the design of the spacecraft and to prepare astronauts for extreme events.

Funded by the National Science Foundation and NASA, Pogorelov and his team are working on improving and designing state-of-the-art space weather forecasting tools.

The team is marrying complex science, observations, advanced computing, and a deeper understanding of how the Sun drives and influences space weather and its effects on the planet. A study published in the Astrophysical Journal, entitled "A Modified Spheromak Model Suitable for Coronal Mass Ejection Simulations" elaborates a possible technology to model CMEs. Researchers hope that their efforts will result in the ability to accurately predict space weather events and effectively build resilience against the potential natural hazards brought by such events.

In decades past, a large space weather event caused a surge in electricity in telegraph companies that resulted in buildings catching fire. Such hazards are the reason why developing accurate technology to predict and create contingency plans.