For decades the US and Russia have enjoyed a mutual relationship serving as a symbol of East and West cooperation. However, Bill Nelson, NASA's new chief shares concerns that the symbiotic relationship could soon end.

CNN Business reports that Russian officials have been threatening to leave in 2024 the International Space Station (ISS) currently orbiting the planet in what is a US and Russia joint operation for over two decades. This decision is in favor of an independent space station operated by Russia. At the same time, Bill Nelson and the US government have expressed their desire to continue the ISS program at least until 2030.

Nelson says that if Russia pulls out of the ISS, would spur a new space race.

What is the ISS? 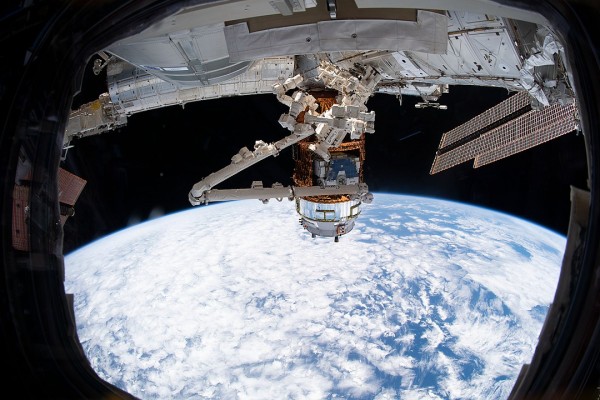 According to NASA, the ISS is a unique laboratory that serves as the home for astronauts and cosmonauts. On average, the ISS orbits Earth at a rough altitude of 250 miles traveling at 17,500 miles per hour, allowing the space station to circumnavigate the planet every 90 minutes.

The ISS serves as NASA's forefront in discovering more about how living and working in space affects people while understanding more about the vast space that surrounds Earth.

In 1988 a Russian rocket launched a control module that was the first piece of the ISS.

The station has a total volume equivalent to a 5-bedroom house or roughly two Boeing 747 jetliners. It is capable of supporting a crew of six plus occasional visitors. On Earth, the ISS would weigh roughly a million pounds and can cover the equivalent of a football field with its end zones. Onboard, the ISS carries laboratory modules from Europe, Japan, Russia, and the United States.

Complexities of Cosmonauts Leaving the ISS

As other nations plan to build separate space stations, Russia has hinted at working with China on future plans for deep space exploration. Both countries have recently signed memorandums on establishing a joint lunar base.

Nelson explains that if Russia begins to depend on China there could be a new space race to the moon with Russia and China against the US. He says it will change what has been for decades Russia and the US closely cooperating in space, and NASA would prefer to continue the relationship.

A statement published by Russia's space agency, Roscosmos, indicates that Nelson has made his intentions of continuing operations of the ISS until 2030 known. Dmitry Rogozin, head of Roscosmos since 2018, has expressed support for Nelson. Roscosmos State Corporation for Space Activities or Roscosmos, is responsible for Russia's space flights, cosmonautics programs, and aerospace research.

At this time, however, both parties have expressed that there are no solid promises of continuing relationships.

Roscosmos has extended an invitation for Bill Nelson to come to Russia; NASA's chief has accepted the invite.

Despite Russia's top heads expressing favor of leaving the ISS, Nelson remains optimistic that astronauts and cosmonauts can continue their shared love for inquisitiveness and science aboard the ISS for decades to come.

RELATED ARTICLE: Lunar Base, the Logical Next Step for Humans Says Elon Musk

Check out more news and information on NASA Missions on Science Times.