Megaconstellation satellites that reenter Earth's atmosphere could potentially damage the ozone layer. The hole in the planet's protective layer might appear again if the production of thousands of satellites, including Starlink, will increase. The damage to the ozone layer is theorized to be an effect of burning satellites that release toxic chemicals on reentry. The lack of understanding of our atmosphere might lead to unwanted geoengineering that leads to environmental casualties and other terrifying consequences. 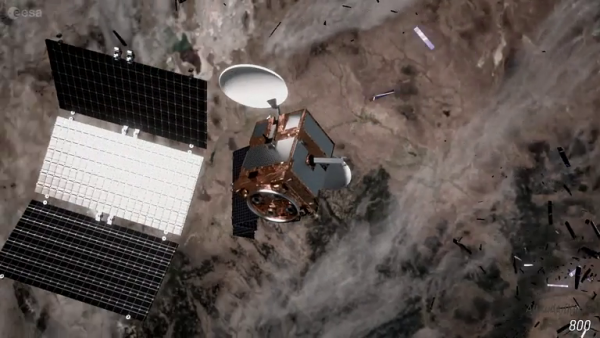 The number of meteoroids the Earth encounters is greater than defunct satellites that fall from space. And while this certainly true, comparing the quantity of the two is not the cause of damage to the ozone. The real issue is the chemical compositions found inside the artificial satellites.

Aaron Boley, associate professor of astronomy and astrophysics at the University of British Columbia, said that comparing the quantity of the two materials that enter Earth's atmosphere is pointless. Instead, the focus should be on the chemical composition of the artificial satellites.

On average, about 60 tons of meteoroid materials fall into the atmosphere each day, Boley pointed out. With the upcoming batch of SpaceX's Starlink, the expected additional weight from defunct satellites is about 2 tons or more than 1,800 kilograms per day.

In a recent study published in the journal Scientific Reports, "Satellite mega-constellations create risks in Low Earth Orbit, the atmosphere and on Earth", it is stated that meteoroids are mostly rocks, meaning that the cosmic material only deposits oxygen, magnesium, and silicon that are pretty much similar to Earth's composition.

Megaconstellations are possible to bring a significant impact on Earth's composition, most directly to the atmosphere. Experts believe that the reentry of foreign chemicals could disturb the natural state of the protective sheet of the planet. Outcomes may become worse if the aluminum burns mid-ar, as it will transform into aluminum oxide, also known as alumina.

Alumina is proven to reflect light. The wavelengths from the light will increase if an enormous amount of alumina is dumped in the atmosphere, changing the albedo found on the face of the Earth, Boyle said in a report by MSN.

Albedo is the measurement used to determine the amount of light reflected by a material. Increasing the albedo on the Earth's atmosphere through placing certain chemicals on the planetary sheet has been proposed before as a potential geoengineering solution against global warming. But the idea was scrapped immediately due to possible side effects that may be catastrophic for the atmosphere.

The ozone layer can also be damaged due to pollutants that space rockets emit. In reference to the study, Boley emphasized that the damage of alumina on the ozone can be achieved single-handedly by rocket launches only. These space flights emit enough alumina to create temporary holes in the layer. This brings the concern to future missions on space, including the 12,000 satellites that Starlink will deploy, 1,700 of which are already launched and are currently hovering just outside Earth's atmosphere.

RELATED ARTICLE: Freshwater Ecosystems Under Threat of Increasing Depletion of Oxygen due to Greenhouse Gases