Years of studying math, like algebra, fractions, and mental arithmetic, may have some adolescents thinking to stop learning them at the earliest time possible.

However, that move may not be beneficial for them. A new study, entitled "The impact of a lack of mathematical education on brain development and future attainment," published in the Proceedings of the National Academy of Sciences,  suggests that quitting math at the age of 16 may have an adverse effect on cognitive development.

Researchers from the University of Oxford led the study, which found that adolescents who continued learning maths in their A-levels have higher levels of a crucial chemical in the brain that is responsible for memory, learning, and problem-solving. 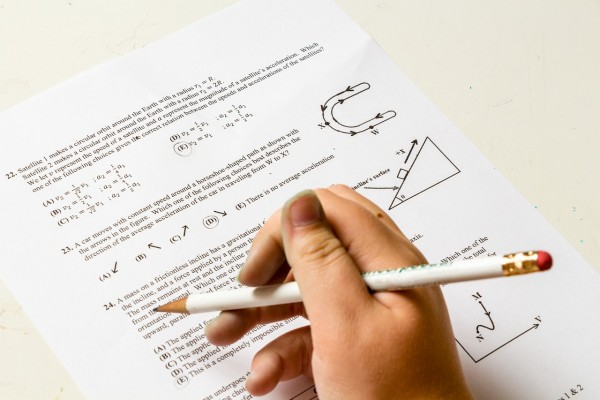 The university's Department of Experimental Psychology recruited 133 students between the ages of 14-18 to take part in the experiment, EurekAlert! reported.

The findings suggest that adolescents who quit studying math had a lower amount of a crucial brain chemical for brain plasticity in a key region for cognition, reasoning, problem-solving, maths, memory, and learning. This chemical is called gamma-Aminobutyric acid (GABA) that is found in the brain region called the prefrontal cortex.

Researchers were able to distinguish who among the participants continued studying their maths and who did not by identifying the amount of GABA found in each student.

Furthermore, the amount of GABA in the brain successfully predicted changes in mathematical attainment score 19 months after the experiment.

Roi Cohen Kadosh, the senior author of the study and professor of cognitive neuroscience at the University of Oxford, said that learning maths is associated with a range of benefits, from employment to achieving socioeconomic status, and importantly in mental and physical health.

"Sadly, the opportunity to stop studying maths at this age seems to lead to a gap between adolescents who stop their maths education compared to those who continue it," Kadosh said in a news release published in Eurekalert! "Our study provides a new level of biological understanding of the impact of education on the developing brain and the mutual effect between biology and education."

Forcing Maths in Adolescents is Also Not a Good Strategy

Despite the findings suggesting that continuing to study maths is beneficial to the brain, Kadosh thinks that forcing adolescents or people who do not enjoy maths to keep on studying the said subject might not be the best strategy to promote healthy cognitive development.

"Instead, we should try to investigate possible alternatives, such as training in logic and reasoning, that engage the same brain area as maths," Kadosh said according to Daily Mail.

Since the long-term effect of quitting maths is still unknown, the findings of the study provide an important understanding of how the lack of a single component in education could significantly affect a person's brain and behavior.

Check out more news and information on Brain in Science Times.