The Southern Ocean is now officially recognized as the Earth's fifth ocean, National Geographic said. The announcement was just in time for World Oceans Day.

The Southern Ocean, an important habitat for marine ecosystems and a focal point for the Southern Hemisphere, surrounds Antarctica. It extends from the continent's coast to 60 degrees south latitude, except the Drake Passage and the Scotia Sea.

The Arctic, Atlantic, Pacific, and Indian oceans are the other four oceans on Earth. 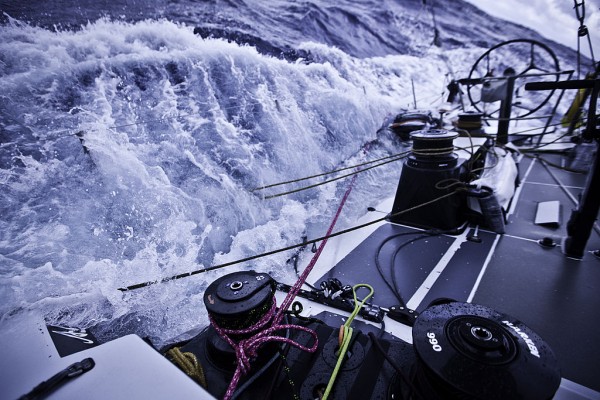 What Made Southern Ocean Different?

The Southern Ocean differs from these oceans. This body of water is unique because of the current that lies within instead of being defined mainly by the land surrounding it.

The ecological boundary of the Southern Ocean follows a sinuous line around the Antarctic continent called the Antarctic Convergence or polar front pic.twitter.com/eFv7y2DqAQ

As a result, National Geographic said, the 34-million-year-old current distinguishes the ecosystem of the Southern Ocean, providing a unique habitat for thousands of species. The Southern Ocean is also an essential part of the Earth's shifting climate. The sole global current transports heat around the planet using waters from the Atlanta, Pacific, and Indian Oceans.

However, National Geographic said water passing through the ACC is warming. Environmental groups hope that the new status would boost conservation efforts in the Southern Ocean.

According to the World Wildlife Fund, sea temperatures range between 10 and -2 degrees Celsius. Even a 2 degree increase in temperature in the Southern Ocean could diminish ice coverage by up to 30% in important locations. Breeding is dependent on the preservation of the ice for penguins, birds, and other animals.

ALSO READ: Microbes Thriving in Eastern Oysters Scrutinized to Study Its Impact to the Molluscs' Health

According to Seth Sykora-Bodie, a marine scientist at the National Oceanic and Atmospheric Administration or NOAA, the Southern Ocean is unique. As reported by KOCO News, quoting Sykora-Bodie, its glaciers are bluer, the air colder, the mountains more intimidating, and the landscapes more captivating than anywhere else.

NOAA, US Board On Geographic Names Acknowledges The Ocean

The Southern Ocean's designation was acknowledged by the National Oceanic and Atmospheric Administration (NOAA) earlier this year. Even earlier, the United States Board on Geographic Names also recognized the ocean since 1999.

National Geographic in a press statement released on Tuesday, said that scientists worldwide had been working for years to develop an official designation for the Southern Ocean. However, the International Hydrographic Organization's (IHO) member countries couldn't agree on proposed ocean limits in 2000. While the exact boundaries are still up for debate, many members of the IHO agree that the waters surrounding Antarctica are distinct.

The National Geographic added that many members of the IHO have referred to the Southern Ocean as the Antarctic Ocean or the Austral Ocean. National Geographic is upgrading its maps and atlases, which it has been producing since 1915, as part of the new designation. The ocean will be "treated the same as the traditional four", it said, and will be included in what youngsters learn about the world's water, it said.

Our maps are updated. The Southern Ocean is treated the same as the traditional four, and the next quiz question about the number of oceans has an updated official answer from National Geographic—five!


The Southern Ocean was officially recognized on World Oceans Day, a day set aside by the United Nations to raise awareness of the ocean's vital role in life on Earth. The world's oceans, which span more than 70% of the planet, produces at least half of the Earth's oxygen, are home to the majority of the Earth's biodiversity and are a critical source of food and a vital driver of global economies, according to the United Nations.

RELATED ARTICLE: Megalodon Shark: Scourge of the Deep More Ferocious Than We Believe

Check out more news and information on the Ocean on Science Times.