The pandemic that started last year not just saved even more people from developing COVID-19 but contributed to the ozone population decline, as well.

A ScienceAlert report said new estimates from NASA show ozone air pollution in May and June 2020 fell by two percent, mainly because of emission reductions in the Americas, as well as in Asia.

That, this report indicated, might not sound like much, although experts say it is a worldwide drop that would otherwise take at least 15 years to achieve, even the most aggressive emission reduction tactics which the Intergovernmental Panel on Climate Change proposed.

According to Jessica Neu, who studies the atmosphere's chemical composition at NASA's Jet Propulsion Laboratory, he was really surprised at how large the effect on global ozone was, adding they were expecting more of a local reaction at the surface. 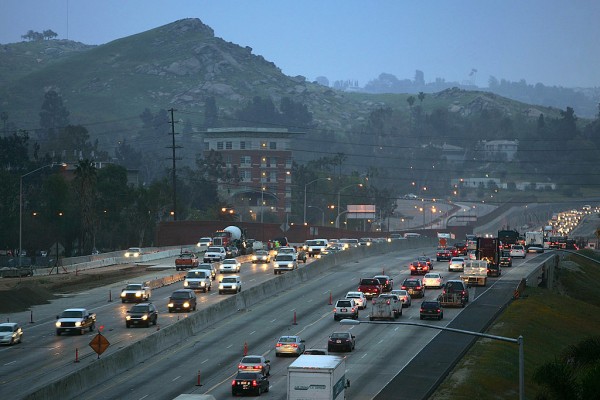 (Photo: David McNew/Getty Images)
New estimates from NASA show ozone air pollution in May and June 2020 fell by two percent, mainly because of emission reductions in the Americas and Asia.

Ozone in the atmosphere is not essentially a bad thing. Higher up, the molecules protect the Earth from the Sun's full power.

However, lower down can irritate the lungs and augment people's risk of dying from cardiovascular or respiratory disease.

Ozone is not considered a pollutant; humans are directly emitting into the atmosphere. It is formed when sunlight is interacting with nitrogen oxides, which are released from automobiles, power plants, refineries, and factories, into the air.

Even though this is common knowledge, the link between nitrogen oxides and the zone found in the lower atmosphere is a complicated one to foretell.

A 'Scenario of Opportunity'

Reactions are subject to the impulses of weather and the existence of other pollutants and chemicals. In some situations, a decline in nitrogen oxides can, in fact, augment ozone pollution.

For example, when China reduced its fine particulate matter emissions a few years ago, the changes resulted in an unexpected rise in ozone air pollution.

Given such uncertainty, researchers saw the lockdown last year as a "scenario of opportunity," to find out what would occur in the atmosphere if there was a quick and large reduction in human activity, as well as the pollutants. Such knowledge can be used to develop more effective environmental policies.

Feeding data of multiple satellites from 2020 into four prototypes of atmospheric reactions, the research team discovered NOx emissions, as explained in the US Environmental Protection Agency, retreated and flowed with the lockdowns of the world.

In April and May, for example, there was a drop in global emissions by at least 15 percent. Those countries with the strictest lockdowns eventually showed the greatest emission declines in nitrogen oxides.

The resulting effect on the atmosphere was shockingly worldwide and quick. Following lockdowns, models and satellite data show a quick drop in ozone production, which rapidly spread globally, cleaning the air of ozone pollution for as far as six miles.

In the troposphere, as explained in the UCAR site, ozone cannot just decrease air quality; it can trap heat as well and add to global warming. Consequently, the researchers think COVID-19 lockdowns in 2020 had benefits for both air quality and climate change.

According to NASA's Jet Propulsion Laboratory's atmospheric scientist Kazuyuki Miyazaki, he was quite happy that their analysis system could "capture the detailed changes in emissions" globally.

This work's challenging and extraordinary nature, he added, is a testament to enhancements in the monitoring of satellites in service of societal needs.

Related information is shown on NBC News's YouTube video below:

RELATED ARTICLE: 'Dim the Sun' to Save the Earth, Would It Work?

Check out more news and information on Global Warming in Science Times.