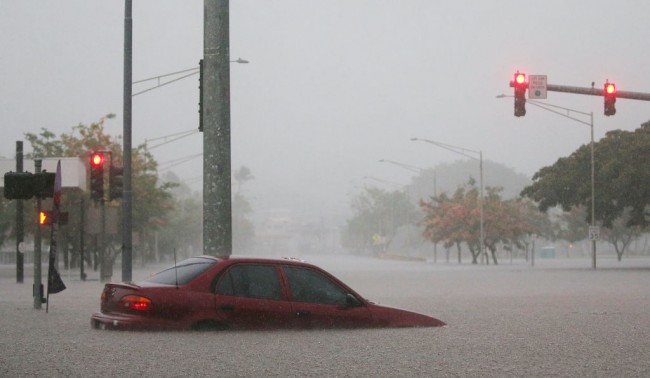 (Photo : Mario Tama/Getty Images) A car is stuck partially submerged in floodwaters from Hurricane Lane rainfall on the Big Island on August 23, 2018 in Hilo, Hawaii.

A study which the University of Hawaiʻi at Mānoa led showed multiple coastal regions in the United States might see rapid rises in the number of high-tide flooding days in the mid-2030s.

An article posted on the university's website specified that the combined impacts of sea-level rise, as well as natural fluctuations in the tidal range, are expected to result in tipping points high tide flooding's frequency.

The effect of high-tide flooding accrues over several apparently minor occurrences, which can go beyond the effect of infrequent extremes over time. 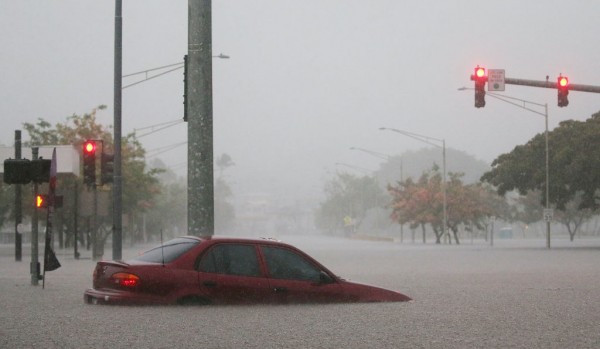 (Photo: Mario Tama/Getty Images)
A car is stuck partially submerged in floodwaters from Hurricane Lane rainfall on the Big Island on August 23, 2018, in Hilo, Hawaii.

Such effects are subtle. For instance, the loss of revenue because of recurrent business and road closures, compared with property and infrastructure's physical damage linked to extreme storm-driven occurrences.

According to Phil Thompson, lead author of the study, they are expecting the most rapid rise to be along the "US Pacific and Gulf of Mexico coastlines," including Hawaii and other Pacific Islands.

This is essential since this is the point at which transitions of high flooding from being mainly a local or regional issue and turns out to be a national issue impacting a majority of the coastlines of the country.

Thompson is the UH Sea Level Center director and the UH Manoa School of Ocean and Earth Science and Technology or SOEST assistant professor of oceanography.

A study entitled, Increased high tide flooding projected for the majority of U.S. coastlines, published in the Nature Climate Change journal, provides sound and science-based details on which decision-makers can base plans for adjusting to rising sea level and alleviating the effects of local and regional flooding.

Thompson, along with researchers from across the nation, examined tide gauge data from around 89 coastal sites nationwide, including 10 locations from Hawaii and US-Affiliated Pacific Islands, and developed an innovative statistical approach that integrated changes in tidal range with the National Oceanic and Atmospheric Administration sea-level circumstances scenarios for the 21st century to generate the forecasts of high-tide flooding.

Continuous rise in sea level will aggravate the issue where existing, and many more sites will start experiencing recurrent high-tided flooding in the next few decades.

In addition, researchers discovered that yearly cycles in sea level and tides could combine with the so-called "oceanographic anomalies" to yield a lot of high-tide flooding episodes over a short period, producing extreme months with cluster occurrences.

Research findings directly address the manner coastal communities could plan for the future. Thompson explained, scientists, engineers, as well as decision-makers are accustomed to thinking about infrequent high-impact events, for instance, a 100-year storm, although they cannot demonstrate that it is essential to plan for extreme months or seasons during which the number of episodes of flooding, instead of the magnitude, is extraordinary.

The study is an example of the goal of Excellence in Research: Advancing the Research and Creative Work Enterprise of UH Manoa, one of the four goals identified in the 2015-25 Strategic plan, which was updated in December last year.

Related report is shown on Global News's YouTube video below:

Check out more news and information on Flooding in Science Times.