The studies regarding the family tree of the human species are almost sufficient, to the point where we stop researching for our lineage. Ancient relatives including Neanderthals and Denisovans are also proven to coexist respectively with each other and the modern-day Homo sapiens. Even an old African lineage was evidently a significant part of the human family tree. Throughout the studies of the human species, experts are able to distinguish the DNA of multiple lineage merging and separating over the course of Earth's history. 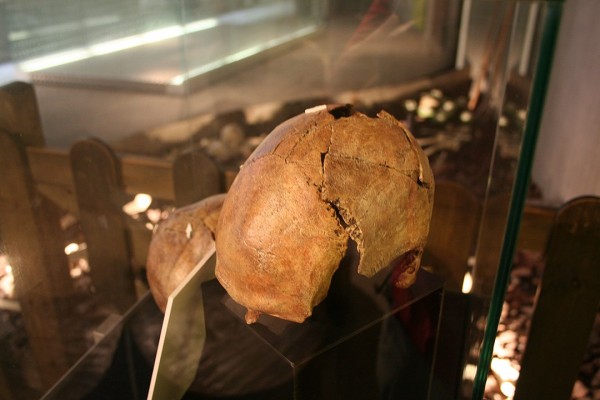 Recently, a new addition to the nearly-solved human lineage puzzle has been discovered. According to the study published in the journal Science entitled "Middle Pleistocene Homo behavior and culture at 140,000 to 120,000 years ago and interactions with Homo sapiens," fragments from the middle east show that archaic and Neanderthal-like species are found to be extensively interacting with various streamline of ancient human species.

The Mideast discovery was from DNA extracted from unearthed bones located on a site in Israel, also known as Nesher Rania. The experts clarified that the bones excavated existed after the Neanderthal lineage. What is more, is that the owners of the bones have treaded Earth from an estimate of 120,000 to 140,000 years ago. This period of time was a bit complicated even for anthropologists, as some of the details from the time were blurry.

During this ancient time, Neanderthal and Denisovan species have already migrated in Eurasia. This was also the event where they inhabited and shared the continental territory along with other archaic lines, including the Homo erectus. Meanwhile, modern human species were already present in Africa, which openly shared their territory with another linage as well. The journey of these ancient human ancestors let an unexpected interaction to each other as they crossed paths in the middle eastern regions, reports Ars Technica.

ALSO READ: Human Footprints From 120,000 Years Ago Discovered in the Arabian Peninsula

The fragments of bones unearthed from Nesher Rania include different parts such as the portion of jaws and the parietal bones that serve as the roof and walls of the skull. The anthropology experts admitted that sorting the bones brought a bit of challenge, as the pieces represent a mix of ancient human species from archaic to recent lineage.

In the study, the excavated parietal bones were placed in an unusual sequence between the European Homo lineages, the Homo erectus, and the Neanderthals due to their features. Even the teeth were not related to the roots in the jaws. In addition, it is revealed that the fragments were significantly distant when compared to the modern human remains.

In a supporting study published as well in the journal Science entitled "A Middle Pleistocene Homo from Nesher Ramla, Israel," it was shown that the ancient fossils from the human ancestors have anatomic relationships. The evidence was found through the sediment layers on the site that manifests structures and tools manufacturing technique also known as the centripetal Levallois method, in reference to the first study. It is concluded that there was no trading process needed as the pieces were scattered across the perimeter of the site.