On Earth and space, humans should maintain their health to perform daily tasks well. Humans both on the planet and in space should eat well, exercise, stay clean, get enough sleep, and avoid too much sun. These commonalities shared by humans on Earth and astronauts do not mean that they would also have similar outcomes.

Adam Dicker, an oncologist, professor, and chair of radiation oncology at Thomas Jefferson University, and his fellow researchers from the university's Sidney Kimmel Medical College are set to launch three studies in space to find how space travel affects the human body in terms of immunity, microbes in urine, and stress. The three studies are part of the first private mission to the International Space Station (ISS), Phys.org reported. 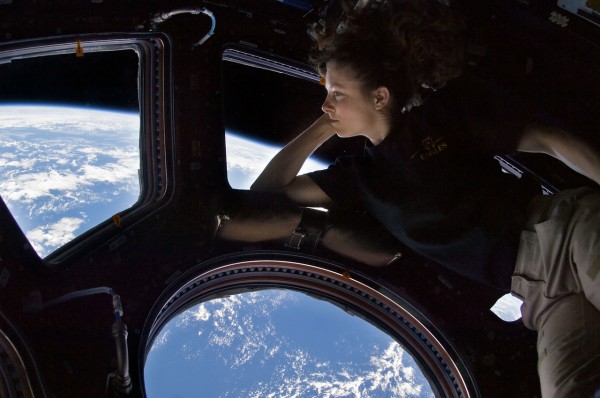 How are Astronauts in Space Similar to Cancer Patients?

On January 22, 2022, SpaceX will ferry four paying passengers to the space station along with 44 scientific experiments that the Ramon Foundation and the Israel Space Agency commissioned. This is part of the eight-day private space mission approved by NASA.

According to the news outlet, astronauts who have previously returned from space missions have become easy targets for viruses that have been lying dormant in their bodies for years, such as the herpes virus.

The future studies involve collecting a blood sample from participating space travelers before and after their journey and measure more than 7,000 proteins which will get them closer to what matters, compared to measuring changes in the DNA.

Dicker is hoping to see patterns of immune systems of astronauts and space, which could hopefully improve immune function for astronauts and people on the planet. He also hopes that this could shed light on how the immune system responds to stressors of treatment of cancer patients, such as physical and emotional stress, gastrointestinal problems, and disturbed sleep.

Other Experiments on Space for the First Private Mission

Assistant professor of urology Paul U. Chong is set to study the microbiomes, microscopic organisms that live inside the human body in space. Chung said that the urine is full of bacteria and fungi, and studying them in space will give more information on how they change.

If astronauts could not urinate in space, a NASA rescue mission will be sent because astronauts in space are at risk of developing kidney stones and urinary tract infections. But researchers noted that it is harder to collect urine samples in outer space than on the planet.

Another experiment that will be conducted in space next year is about how the stress of space travel affects sleep and human health. They hope this study will improve preparations for future space travels.

There are many studies about how spaceflight influences biology. These studies stem from the seemingly faster-aging effects spaceflight has brought astronauts. Through these studies, scientists have gained a better understanding of space travel's influence on humans than ever before, according to National Geographic.

The studies published in the journals Cell, Cell Reports, iScience, Cell Systems, and Patterns all examined the biological hazards of spaceflight in 56 astronauts, in which over 10% of them have been to space.