Mars Methane Detections: Are Scientists Ready to Explain These Occurrences on the Red Planet?

Recent reports of Mars methane detections have fascinated both scientists and non-scientists alike. On Earth, a substantial amount of methane is generated by bacteria that help most livestock digest plants.

A SciTechDaily report said, such a digestion process ends with livestock "exhaling or burping the gas into the air."

Whereas there are no cattle, sheep, or goats on the Red Planet, discovering methane there is exciting as it may suggest that bacteria were, or are, living on Mars.

Methane could have nothing to do with bacteria or any other biology, although geological processes involving such interaction of rocks, heat, and water can generate it.

Prior to the identification of the sources of methane on the Red Planet, scientists need to answer a question that has been troubling, specifically, the one that makes some wonder why certain instruments can detect gas and others do not. 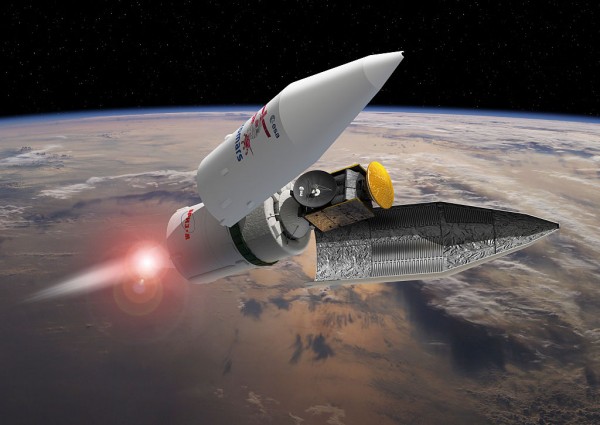 (Photo: David Ducros/ESA via Getty Images)
In this handout photo illustration provided by the European Space Agency (ESA), the payload fairing separates during the ExoMars 2016 launch sequence, the Trace Gas Orbiter, and the Schiaparelli entry, descent, and landing demonstrator module can be seen as the fairing falls away.

The Curiosity rover of NASA, for instance, has repeatedly detected methane right on top of the Gale Crater's surface. However, the ExoMars Trace Gas Orbiter of the European Space Agency has not detected any methane higher in the atmosphere of Mars.

When the Trace Gas Orbiter started operating in 2016, Chris Webster, lead of the Tunable Laser Spectrometer instrument in the Sample Analysis at Mars Chemistry aboard the Curiosity rover said, he was fully expecting the orbiter team to report that there is a little amount of methane everywhere on the Red Planet.

The TLS was able to measure less than a half per billion in methane's volume on average in Gale Crater. That corresponds to roughly a pinch of salt diluted in an Olympic-size swimming pool.

These measurements have been interrupted by mysterious spikes of a maximum of 20 parts per billion in volume. However, said Webster, who is based at NASA's Jet Propulsion Laboratory in Southern California, when the European team announced that it did not see any methane, he was undeniably shocked.

The Trace Gas Orbiter and TLS

The European orbiter was developed to be the benchmark for gauging methane and other gases over the entire planet.

The TLS of NASA's Curiosity is, at the same time, so accurate that it will be used for early warning detection of fire on the International Space Station, as well as for tracking levels of oxygen in astronaut suits.

Curiosity's TLS has been licensed as well, for use on oil pipelines, at power plants, as well as in fighter aircraft where pilots can monitor the carbon dioxide and oxygen levels in their face masks.

Webster and the SAM team were still shaken by the findings from the European orbiter and set out right away to examine the TLS measurements on Mars.

Some experts have proposed that the rover itself was emitting the gas. Therefore, explained Webster, they looked at associations with the rover's pointing, the ground, the rocks' crushing, and the wheel degradation, among others.

Webster, together with his team, reported their findings from the study, "Day-night differences in Mars methane suggest nighttime containment at Gale crater," in the journal Astronomy & Astrophysics.

As the SAM team worked to verify its detections of methane, planetary scientist John Moorse, another member of the science team of Curiosity from York University in Toronto, published an interesting forecast in 2019.

Commenting on his finding, Moorse said he took what some of his colleagues are calling a very Canadian view this, in a manner that he asked the question, what both the TLS and Trace Gas Orbiter are right?

Moores and the other team members of Curiosity who are studying wind patterns in Gale Crater hypothesized that the difference between measurements of methane comes down to the time of the day they were taken.

Since it requires a lot of power, TLS is operating most of the time, at night, when no other instruments of Curiosity are working.

Moores noted that the atmosphere on mars is calm at night, and thus, the methane seeping from the ground builds up close to the surface where Curiosity can detect it.

A related report is shown on CBS News's YouTube video below: