Mastodonts and Elephant Extinction: Real Cause Behind Decrease in Population Points to Global Climate

A recent study shows that a massive shift in the global climate pushed elephants and their prehistoric cousin mastodonts to the edge of extinction. Instead of overhunting, paleontologists have suggested that Earth's climate was responsible for the death of thousands of humongous species over the millennia. 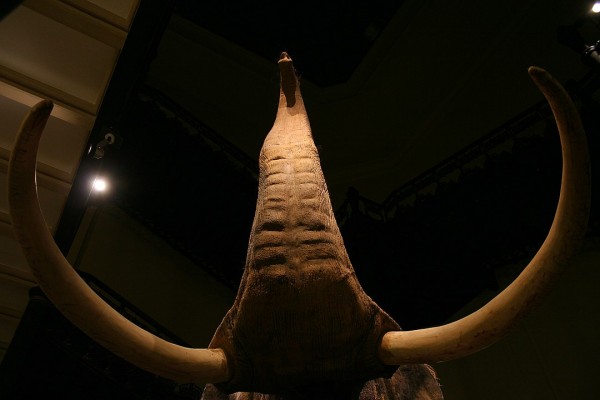 Elephants, which are part of the order Proboscideans, are still existing today. They can be found in the tropical region of Asia and Africa, fitting their desired natural habitat. However, only 3 species are left, but unfortunately, all are tagged as endangered. The remaining giant mammals are what is left of the group of Proboscideans, which in the past includes the now-extinct deinotheres, mastodonts, and stegodonts. The giant herbivores' existence seems like a dream, but they actually roamed the planet just 700,000 years ago. England, one of the most modern countries in the world, even served as a territory for mammoths and straight-tusked elephants.

Many experts believe that the gigantic elephants and their relative mastodon and mammoths were slaughtered and brought to extinction by prehistoric human hunting activities. The common knowledge, however, was contradicted by the recent study published in the journal Nature Ecology & Evolution entitled "The rise and fall of proboscidean ecological diversity."

In the study, evolution experts suggest that the end of the ice age is responsible for the massive extinction of the huge Proboscideans. The clues they found point to the global climate decline that occurred millions of years ago.

Climate Change and End of Proboscideans

Paleontology experts from prestigious universities have gathered and conducted the first comprehensive research regarding the prehistoric existence of ancient elephants and their relatives, to their unfortunate end. The study covered 185 different species throughout evolution in the span of 60 million years.

The paleontologists from Alcalá, Helsinki, and Bristol tracked each species across every museum and institute that offers valuable Proboscidean fossils, including Peleontoological Institute in Moscow and Natural History Museum in London. Among the observations, the body structures like skull shape, body size, and bones show that the enormous mammals share one out of eight sets of their adaptation process, reports PhysOrg.

Elephants and stegodonts had successfully adapted to the new environmental conditions until 3 million years ago, when the impending ice age disrupted the climate. This forced the species to migrate and adapt to a more fitting habitat while unknowingly going through another stage of evolution. Experts estimate 2.4 million, 160,000, and 75,000 years ago as the last Proboscidean extinction in Africa, Eurasia, and the Americas respectively. On the other hand, there was no strong evidence recorded to correlate the mass extinction of the Proboscidean with the megaherbivore-hunting strategies of the early humans, EurekAlert reports.