Experts in the 1800s were stunned by the discovery of the yellow cells that were found in the tissues of marine animals. The yellow cells are abundant in the tissues of several species, including anemones, jellyfish, and even corals. After over a century of silence, the genus was seemingly ignored, but a recent study rediscovers the long-forgotten genus along with several new species from different parts of the globe.

Geddes Yellow Cells in Algaes 'Revived' by Scientists After a Century 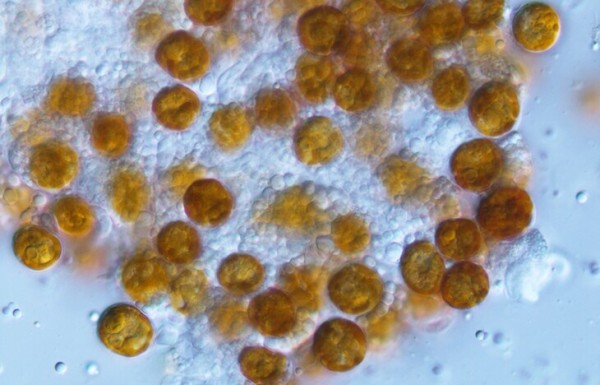 Edinburgh University biologist Patrick Geddes initially published a paper about the distinction of the cell's entities and the benefits they relay to animals they live in. The cells Geddes observed were assigned to a new genus Philozoon. Philozoon was inspired by the Greek word phileo and zoon, that translates to 'highest form of love' and 'animal' respectively.

However, right after the discovery of the Philozoon, Geddes shifted to the urban planning and design industry, leaving the genus hanging for the next century and beyond. Along with his contributions to cell studies, most of the works of Geddes were buried through the course of history, reports SciTech Daily.

Over the years that passed, a group of marine biology experts surprisingly bumped with the term yellow cells. The yellow cells were a product of Geddes photosynthetic algae studies in the Symbiodiniaceae family.

ALSO READ: People Can Live Up to 130 Years by End of 21st Century According to Study; Is Longevity Indeed Possible?

A recent study published in the European Journal of Phycology entitled "Revival of Philozoon Geddes for host-specialized dinoflagellates, 'zooxanthellae', in animals from coastal temperate zones of northern and southern hemispheres" reveals the resurrection of the genus Philozoon. The genus was utilized to differentiate several algae species that Geddes had already encountered and studied.

Penn State's biology professor and principal author of the study Todd LaJeunesse, along with his colleagues, have determined the various characteristics found in the new genus of Philozoon. The examination included multiple genetic data to understand the genus, including physical, morphological, and ecological traits. The samples were gathered with the help of different corals, anemones, and jellyfish from various countries. Among the places that experts harvested samples was Italy, where Geddes initially researched about the yellow cells. Some of the samples were also collected during the pandemic.

LaJeunesse said that the Geddes was unbelievably ahead of his time. He was the first to determine the ecological importance of the yellow cells living in tissues several animals, and how it was distinct from each other.

The discovered algae prove that the symbioses are actively thriving on the planet, as some were actually found countries apart from each other. In contrast with the scientific notion that these algae were only available in tropical regions, the team of experts could harvest from cold regions, meaning that life is currently evolving side by side with the changes in the environmental conditions.

According to LaJeunesse, the living capacity of the Philozoons are honed since the Pliocene and Pleistocene's cold epochs. The evolution changed how the yellow cells lived in places with harsh climates while protecting themselves and the animals that carry them. This also indicates that the Philozoon species can withstand any effects of our changing climate, including high levels of carbon dioxide in the atmosphere and acidification under the ocean, reports Science Alert.