The unnamed cloned cow weighed about 140 pounds when she was born in April 2020. Since then, she was kept in a separate enclosure with her mother. At 14 months old, the calf is nearly half a ton and appears perfectly healthy with the reproductive cycle.

The team was able to remove proteins responsible for beta-lactoglobulin, which causes lactose intolerance. This opens hope to produce the first hypoallergenic milk for people suffering from lactose malabsorption. 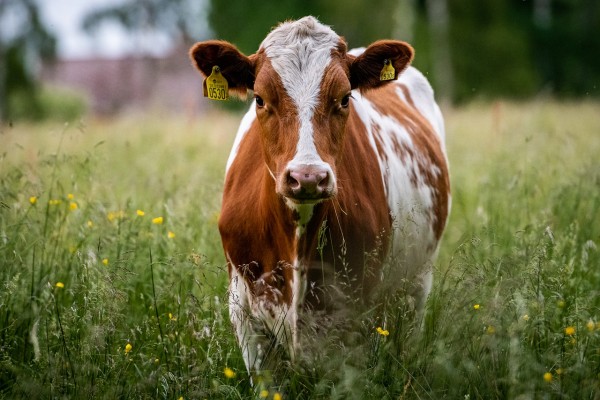 In the study, entitled "Production of a Cloned Offspring and CRISPR/Cas9 Genome Editing of Embryonic Fibroblasts in Cattle," published in the journal Doklady Biochemistry and Biophysics, Russian scientists managed to produce the cloned cow by using somatic cell nuclear transfer (SCNT) and embryonic fibroblasts as donors of the nuclei.

SCNT means that a nucleus from a regular cell donor is transferred into an egg, but its nucleus is removed, resulting in an embryo implanted to the uterus of a cow and carrying it to full-term.

Petr Sergiev, one of the study's authors, said that cloning mice had been the routine worldwide, and gene-editing in other animals remains a challenge mostly because of the high costs of breeding and husbandry, according to Skoltech's news release. But decades of cloning have accumulated knowledge on the technology that led to today's cloned cow and hypoallergenic milk.

The cloned cow was born on April 10, 2020, weighing 138 pounds (63 kilograms). Now at 14 months old, the calf has become an adult weighing over 900 pounds (410 kilograms) with a regular reproductive cycle. In May this year, the cloned cow has been on daily pasture with other cows after spending her first year separated from other cows. To the team's relief, it adapted quickly to its new environment.

ALSO READ:  First Cloned Endangered Species in the US: Black-Footed Ferret Seemingly Brought Back to Life From 30 Years Ago

Sergiev explains that cloning a cow is a test run for producing gene-edited animals. They used the CRISPR/Cas9 technology to out the two genes that are responsible for beta-lactoglobulin in the bovine genome to obtain a line of genetically edited embryonic fibroblasts that will then be used for SCNT and hopefully produce a generation of cows that can produce hypoallergenic milk.

After all, the ultimate goal of developing the cloned cow is to create a herd of cows that can naturally produce lactose-free milk for people with lactose malabsorption problems, Daily Mail reported.

However, Sergiev said that developing this technology is not a 100% certain process. He described it as rolling a dice a lot and said that it is quite expensive.

On the other hand, scientists in New Zealand used CRISPR genome editing to develop cows with gray patches to decrease the amount of heat it absorbs while in the pasture.

Check out more news and information on Cloning on Science Times.