Gold Mysteriously Concentrates Around Arsenic, and Scientists Finally Understand Why

Gold has always been a topic of interest for mankind - whether for its applications in metallurgy and jewelry-making, to electronics, to chemistry. One of the persisting mysteries surrounding the valuable metal is why it is always found around arsenic, as the case with most gold deposits - and a new study could finally explain why.

Geochemists from different institutions worldwide worked on the study, which could also help explain why gold miners and others in related professions are at increased risks of arsenic poisoning.

Researchers presented their findings at the recently concluded Goldschmidt Conference, an annual international conference on geochemistry and related sciences. Additionally, the report appears in the Geochemical Perspectives Letters, in a report titled "An arsenic-driven pump for invisible gold in hydrothermal systems." 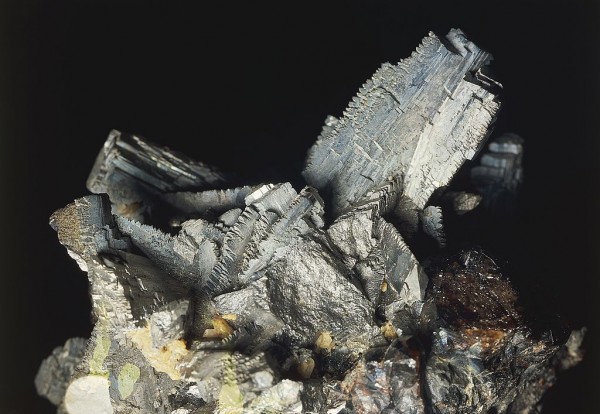 The Neverending Search for Gold

Among the qualities that keep the value of gold soaring are its beauty, purity, and stability, not to mention its rarity. The World Gold Council, the leading market development organization for the rare metal, estimates that close to 200,000 tons of gold have been mined all throughout history, two-thirds of which have only been extracted since 1950. Additionally, the council says that if every gold ever mined were stacked together in 2019, it would only be a cube measuring a little over 21 meters on each side.

The researchers managed to monitor the movement of gold particles in the minerals by using the European Synchrotron (ESRF) located in Grenoble, France. The advanced equipment's intense X-rays probe the chemical bonds between gold and the rest of the mineral. They discovered that when the mineral is enriched with arsenic, gold directly binds to arsenic and stabilizes inside the mineral. However, if the amount of arsenic is not enough, gold doesn't enter the mineral and bind with the arsenic. Instead, it binds to the sulfur located on the surface of the mineral.

According to Dr. Gleb Pokrovski, lead researcher and research director at the French National Centre for Research and from the Paul Sabatier University - Toulouse, "arsenic drives the concentration of gold." In the Goldschmidt news release, Dr. Pokrovski continues to explain that this "arsenic-driven gold pump" could offer insights into how the iron sulfide minerals can capture or release large concentrations of gold. Practically speaking, the discovery could help researchers find new sources of gold and similar precious metals that bind to minerals that contain arsenic. Additionally, it could also help control chemical reactions in the future, improving the efficiency of extracting gold from ores and minerals.

RELATED ARTICLE: Dangerous Levels of Arsenic in Water May be Poisoning Up to 220 Million People: Check out the Hotspots