The skin is the largest organ of the human body that has the ability to sense pressure, temperatures, and other stimuli and conditions present in the environment. Scientists have tried mimicking the human sense of touch on robotics using artificial intelligence and human-machine interfaces to promote the development of electronic skin or e-skin, according to an article in Research Gate.

Recently, researchers from the University of Singapore presented the AiFoam, an e-skin made from extremely elastic, and spongy polymer material that has the ability of the human sense of touch. It is considered to be the world's first smart foam technology that works like the human skin as it can sense nearby objects and heal itself like a natural skin epidermis.

Scientists said that the new technology has a wide range of applications in the field of robotics and medicine. 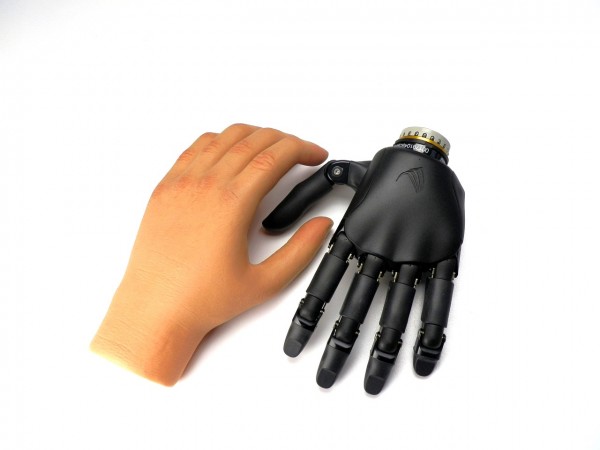 The AiFoam e-skin uses microscopic metal particles and tiny electrodes that are embedded into the foam to replicate the human sense of touch, Vice reported. This allows the e-skin to measure the electrical properties of materials that come near it and then change its own electrical properties when it makes contact.

Human skin has nerves to send signals, but this new e-skin uses electrodes to send signals to a computer so that the robot could appropriately react to the amount and direction where pressure is being applied.

The researchers noted in their paper, entitled "Artificially innervated self-healing foams as synthetic piezo-impedance sensor skins" published in the journal Nature Communications, "The AiFoam e-skin can detect both tactile contact and proximity of the human touch."

Moreover, Lead Researcher Benjamin Tee told Reuters that the AiFoam is the first material that combines proximity and pressure sensing with self-healing properties, which could be made into a smarter human machine in the emerging augmented reality and robotic skin applications.

In an email to Vice on Wednesday, Tee said that robotic technologies require sensors to make them intelligent enough to work with humans without much programming effort.

ALSO READ: This 3D Bionic Skin Can Convey Robots To Feel The Sensitivity Of Various Environment

Tee said that the idea of incorporating the human sense of touch on robots may feel eerily dystopian, like the cinematic cyborgs of Blade Runner and Westworld.

But he also admitted that the new e-skin is inspired by the science fiction franchise of Star Wars technology. In the movie, robots can perform surgery and prosthetic hands have skins. He told Vice that the scene where Luke Skywalker lost his hand in an epic battle inspired him of the AiFoam. He thought that perhaps they could also replicate it in the e-skin that robots can use.

The team is hoping to put AiFoam e-skin into practical use within five years. Tee noted that hopefully their technology can be applied to smarter prosthetic devices that will help its user to have better control of their artificial limbs.

Check out more news and information on Robotics and Bionic Skins in Science Times.