People have been using smartwatches to monitor their vital signs as they do their daily tasks. However, these devices only work when it is attached to the human skin.

Users need to remove their smartwatches to recharge them, especially while they sleep. That means they will not be able to measure their vital signs as well. Scientists believe that it is important to measure the quality of sleep as it holds key information about the patient's health conditions.

This problem inspired scientists to develop a technology that will allow users of smartwatches to continue using their wearable devices without removing them to recharge so that they can monitor their vital signs 24/7, Science Daily reported. 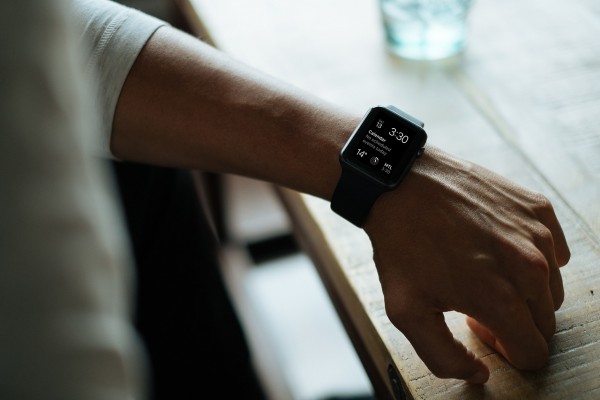 Assistant Professor Sunghoon Ivan Lee of the University of Massachusetts Amherst College of Information and Computer Sciences and director of the Advanced Human Health Analytics Laboratory said that their team realized that the human skin is also a conductible material where power can seamlessly transfer from to charge up a watch or any wearable devices.

They believe that making battery-less smartwatches can motivate people to do sleep-tracking because they never have to remove their watch to charge it, Lee said.

In the paper, titled "ShaZam: Charge-Free Wearable Devices via Intra-Body Power Transfer from Everyday Objects" published in the Proceedings of the ACM on Interactive Mobile, Wearable and Ubiquitous Technologies, Lee and his team lay out the technical groundwork and showcase the new technology's feasibility, hoping this will open a lot of possibilities in the development of battery-less wearable devices.

Moreover, the researchers explained that the technology uses human tissue as a medium for power. Comparing it to the typical red and black wires connected to a battery, the technology has electrodes that connect to the human skin serves as the red wire and the conventional black wire is established between two metal plates that are embedded in the wearable device and an instrumented everyday object, which is virtually connected.

The team tested a prototype of the new technology with ten individuals in three different scenarios in which the arm or hand is connected with a power transmitter.

Their findings showed that approximately 0.5 to 1 milliwatt of direct current power was transferred to the wearable device using the skin. this amount of electricity conforms to the established limits by the International Commission on Non-Ionizing Radiation Protection (ICNIRP) and Federal Communications Commission (FCC).

Is It Safe to Wear?

"You can think of the amount of power that gets transmitted by our technology as roughly comparable to what's transmitted through the human body when you stand on a body composition scale, hence poses minimal health risks," Manufacturing Business Technology quoted wearable computing engineer Jeremy Gummeson from the University of Massachusetts Amherst.

Lee added that the person will not feel anything as their skin comes into contact with the power transmitter as it is way beyond the frequency range that human sensation could perceive.

As of now, the prototype does not produce much power to continuously operate a sophisticated wearable device like the smartwatches produced by Apple. But it could support ultra-low-power fitness trackers like the FitBit Flex and Xiaomi Mi-Bands.

They aim to improve their technology, especially on the power transfer rate in their subsequent studies to achieve their goal of making wearable devices more power-efficient.

Check out more news and information on Smartwatches on Science Times.