A new wearable device that can serve as a phone charger has recently been developed by researchers from the University of California, San Diego.

According to Mail Online, this new wearable device wraps around the finger like a plaster can harvest sweat while the wearer sleeps and uses it to generate electricity, claimed the developers.

The model device only stores up a trickle of power at present and would take roughly three weeks of continuous wear to power up a smartphone, although the developers are hoping to increase capacity in the future.

They discovered that wearing it for 10 straight hours would yield enough power to keep a watch going for 24 hours, or roughly 400 millijoules, and this is from a fingertip. 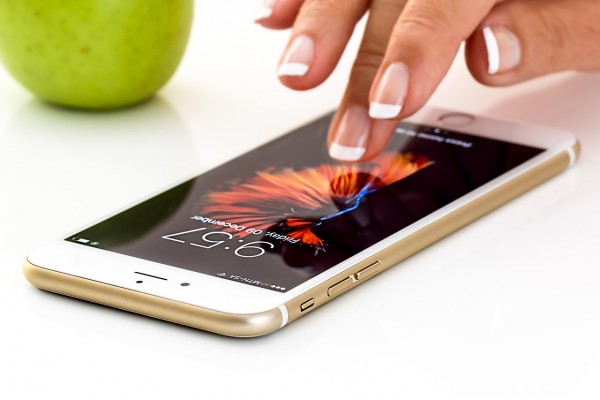 (Photo: Steve Buissinne on Pixabay)
By using the sweat on the fingertip, which is flowing up regardless of where one is or what he is doing, this technology is offering a net gain in energy without effort from the other user.

Most power-generating wearable devices, as described in the Energy & Environmental Science journal, need wearers to carry out strong exercise or rely on external sources like sunlight or large temperature changes.

But the new wearable strip is using a passive system to yield electricity from moisture in one's fingertips, even if he is asleep or completely still, explained the researchers.

This, as specified in the study, is due to the fact that fingertips are the body's sweatiest part; thus, crediting the smart sponge material, this can be collected and eventually processed by conductors.

The harvester of energy generates small amounts of electricity when the wearer is pressing down or starting to sweat or from light finger tapping.

It is done by converting activities such as texting, playing the piano, typing, or tapping a morse code into extra charge, so posting a tweed could power a mobile phone.

Doctoral student Lu Yin, the co-first author, said, unlike other sweat-powered wearable devices, this one does not need exercise. No physical input is needed as well, from the wearer, to be useful.

The study, "A passive perspiration biofuel cell: High energy return on investment," published in Joule, is a step ahead to making wearable devices more practical, convenient, and accessible for the everyday person.

The study authors described fingertips as one of the sweat glands' highest concentrations in the body, with every digit generates between 100 and 1,000 times more swat than other areas.

Yin explained that one feels sweatier on other body parts because such spots are not well ventilated. On the contrary, the fingertips are constantly exposed to air, so the sweat evaporates as it's coming out.

So, instead of letting it evaporate, the Yin elaborated, they use their device to collect the sweat, producing a significant amount of energy.

Nevertheless, it is challenging to collect sweat from such a small site and convert it into electricity, necessitating special materials and engineering.

According to a similar Big World Tale report, the wearable strip functions as a phone charger equipped with electrical conductors, or electrodes, made from a carbon foam, absorbing any finger sweat.

Powering a Device While Sleeping

To test the invention, a volunteer was asked to carry out different tasks while wearing it on the finger - including tapping, typing, and sleeping.

From a 10-hour seep, the device collected nearly 400 millijoules of energy, enough to power for 24 hours an electronic wristwatch.

From an hour of regular typing and mouse-clicking, the device was able to collect nearly 30 millijoules with no effort outside normal activity.

According to Professor Joseph Wang, senior author of the study, by using the sweat on the fingertip, which is flowing up regardless of where one is or what he is doing, this technology offers a net gain in energy without effort from the other user. This, the researchers said, is what is called a "maximum energy return on investment."

Most devices that turn sweat into power need the wearer to engage in vigorous exercises such as running or biking, but as mentioned, not this unique phone charger.

In that case, Mr. Yin said, the energy return on investment is very low, although, with this device, the return is quite high.

When asleep, one is putting in no work. Even with one finger press, he is only investing about 50 percent of a millijoule.

In one investigation, the finger-charger was connected to a chemical sensor and a small low-powered screen.

Pressing the finger-phone charger 10 times every 10 seconds or wearing it for two minutes straight was enough to power both the sensor and screen.

In another experiment, a participant swallowed a vitamin C tablet, and the device was used to power a sensor — the study investigators developed — to read levels of Vitamin C.

RELATED ARTICLE: Nearly 31% of Global Farmland Is at 'High Risk' of Pesticide Pollution