Why Is Venus So Bright? Here's How Its Proximity to Earth, Highly Reflected Clouds Affects It

Venus is so bright and luminous that Earth's neighboring planet outshines all other celestial objects in the night sky except for the Moon. Not even stars could compare to its brightness as viewed from Earth.

Mars, Venus, and the Moon begin on July 12 and end on July 14. This is the time when the two planets are at their closest, appearing as if they were only a few inches apart.

Venus is almost six full astronomical magnitudes brighter than Mars, equivalent to the brightness difference between the North Star and planet Neptune. But its brightness is not the only notable characteristic planet Venus has that earned its remarkable status in the Solar System. Here are a few reasons why Venus is hailed as an exceptional planet among the worlds in the Solar System. 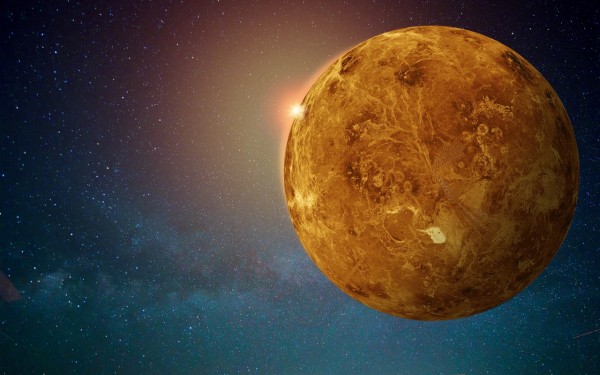 (Photo: Pixabay)
Why is Venus So Bright? Here's What Give this Planet its Remarkable Place in the Solar System

Venus' proximity to Earth is a key factor in why it appears bright and big as viewed from Earth, according to Forbes. When it is at its closest with the Earth, Venus could come within 25 million miles (41 million kilometers), closer than any planet in the Solar System.

But even when it is at its most distant, it is only 162 million miles (261 million kilometers) from Earth, still closer than Jupiter will be to Earth. Experts estimated that the next closest appearance of Jupiter to Earth would be in 2022.

Venus is a relatively nearby planet to Earth. But its distance is not the only reason why it appears so bright. Astronomers used the term albedo to describe the brightness of a planet.

Venus has the highest albedo of any planet in the Solar System. It has close to 0.7 albedo, which means that it reflects about 70% of the sunlight that strikes it. Even the Moon, which is nearer to the Earth and could appear brighter at times than Venus, only reflects 10% of the light that hits it.

This means that Venus has a high albedo and bright because it is blanketed by highly reflected clouds in its atmosphere. The clouds contain droplets of sulfuric acid and acid crystals that are suspended in a mixture of gases.

The smooth surfaces of the acid crystals allow the light to bounce easily, which results in the brightness of Venus. But still, it does not make the planet the most reflective body in the Solar System. That honor goes to Saturn's moon, called Enceladus, reflecting 90% of the sunlight that hits it.

RELATED ARTICLE: Venus: Why the Hellish Planet is Exciting Scientists and Astronomers

Check out more news and information on Venus in Science Times.