Goldfish owners in Minnesota are fond of releasing their fish on a lake located at Burnsville. The dumping of the pet fish seems natural, but not until the citizens discovered that the goldfish are growing massively compared to their normal size. The oversized goldfish caused havoc to the peaceful ecosystem under the lake and pushed the state authorities to warn the locals about the impending risks of this bizarre phenomenon. 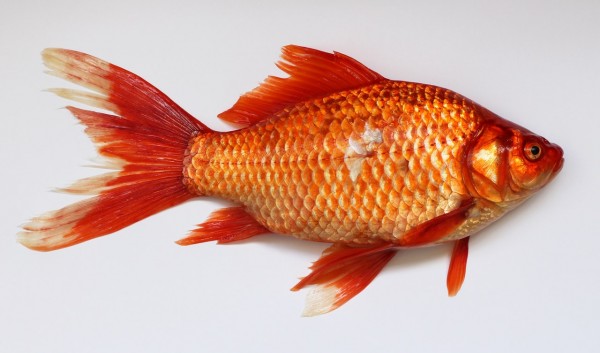 Earlier in July, authorities from Burnsville, located just the south of Minneapolis, warned the local citizens to stop releasing their pet goldfish into the town's water bodies, specifically ponds and lakes. The authorities informed that the goldfish found at the lakes grow bigger than imagined, and the unusual presence of these types of fish influences the ecosystem of the water bodies by thrashing sediments and uprooting local plants. Most of the gigantic goldfish were found at the town's Keller Lake, NPR reports.

Carassius auratus, also known as goldfish, might seem small in size, which is among the reasons that encourage people to buy them from pet shops or country fairs. Goldfish are members of the carp family and can grow up to 18 inches or over 45 centimeters long. These cute, golden fish are swimming the aquatic regions of ancient East Asia before they were introduced in the modern American waters.

Goldfish, along with their unique appearance, have their cons. The pet fish acts differently when not in captivity. For example, goldfish move erratically when eating in ponds and lakes. They have a habit of charging palace to place while consuming their foods, which disturbs the sediments beneath the water bodies, eventually destroying the composition of the surface. Goldfish can also affect the population of native fish gradually over time due to the scarcity of nutrients brought by territorial and food competition.

One of the weaknesses of goldfish is that they are an easy target of parasites. With that said, they serve as a vessel for parasite transmission unknowingly. On the other hand, goldfish are almost immune to significant temperature changes and low oxygen levels, but sadly, these perks are also why they can infiltrate and pester native ponds and lakes for years.

Overpopulation of Goldfish Problem in the United States Caused by Humans

Female goldfish are also quick at reproducing eggs. A single mother goldfish can lay an estimate of 40,000 eggs per year. This ability surpasses the reproduction cycle of freshwater fishes. The American freshwater is the best habitat in favor of the goldfish, as there were no recorded natural predators ever to hunt them down.

Some of the states have this abnormal population problem. Previously in Florida, authorities produced massive efforts in hopes to stop locals from releasing their reptile pets such as green iguanas and anacondas, Burmese and scrub pythons, Nile monitors, and other scaly species. As expected, the increased population of reptiles in the state significantly affected the natural ecosystem. Even the animals themselves, such as huge pythons, are inflicting damage directly to the people.

The Minnesota authorities have been warning about the effects of dumping goldfish on the lakes since 2020. Back then, almost 50,000 goldfish have been recovered from the state's water bodies, and experts theorize that over 500,000 goldfish remain uncaught, BBC reports.