NASA's Juno spacecraft has recently shown an astounding new video from Jupiter, and its moon Ganymede also appeared as captured.

Earlier on, in 2020, Forbes reported, these new images from the space agency's 28th flyby come as Juno, the solar-powered spacecraft, "celebrates four years in orbit around the gas giant planet" which has just come to contraction for humans on Earth, along with Saturn, a fellow giant planet.

At Jupiter since July 2016, Juno has been in an elliptical polar orbit that has it spend the majority of hits time away from the Planet.

Only every 53 days does the spacecraft get near Jupiter, although during its brief flyby, it's getting ultra-close to the could-tops of the planet to capture some astonishing images. 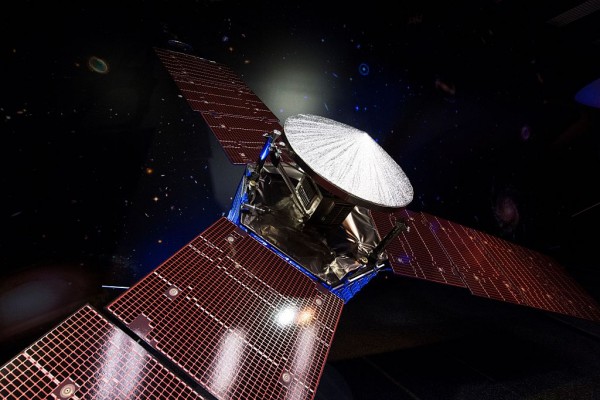 In early June, Juno zoomed within only 645 miles of Ganymede, the largest moon in the solar system. Space.com described it as the nearest probe had "gotten to the icy, heavily cratered world" since 2000, when NASA's Galileo spacecraft flew by at roughly 620 miles.

Then, the next day, according to a similar Digital Trends report, Juno performed its 34th close flyby of Jupiter, zipping from pole to pole in less than three hours and getting within a mere 2,100 miles of the roiling cloud tops of the giant planet.

At that point, the powerful gravity of Jupiter had accelerated Juno to roughly 130,000 mph, in relation to the gas giant, according to NASA officials.

Juno captured amazing images during these back-to-back encounters, as the new, almost four-five-minute video makes copiously clear. It's putting viewers in the imaginary captain's seat of Juno, taking people alongside for the ride.

According to Scott Bolton, Juno principal investigator from the Southwest Research Institute in San Antonio, the animation is a way for people to imagine exploring the solar system firsthand by seeing what it would be like to be orbiting the giant planet and flying past one of its icy moons.

Presently, as the exciting prospect of humans is approached, being able to visit space in orbit around Earth drives one's imagination decades into the future, when humans will be visiting the ancient worlds in the solar system.

The Juno team made the time-lapse animation through imagery captured by the JunoCam imager of the probe. They got some assistance from citizen scientist Gerald Eichstädt, who generated the point of view for the video.

For both worlds, the JunoCam images were orthographically projected onto a digital sphere, and then, synthetic frames were added between actual images to make the motion appear smoother and offer views of approach and departure for both Ganymede and Jupiter.

According to a NASA statement, there are few other synthetic touches in the animation. For instance, the team inserted simulated lightning in clouds of Jupiter through the use of real Juno data to make the flashes as realistic as possible.

Juno collects most of its data during its close Jupiter flybys, which have, in general, took place every 53 Earth days.

The Ganymede close encounter change that cadence, nonetheless. Specifically, the over 3,200-mile-wide gravity of the moon has sculpted the highly elliptical orbit of Juno like such that particular Jupiter flybys will now take place every 43 Earth days. The next one will take place on July 21, explained NASA officials.

Related information is shown on NASA Video's YouTube video below:

RELATED ARTICLE: Tornado-Like Winds on Jupiter Could Reach Speeds of Up to 900mph