NASA Says Asteroid Twice as Big as Big Ben Will Make Near-Earth Approach; Should We Worry?

Asteroid 2008 GO20 will make its closest approach to Earth on the afternoon of July 24. NASA's Center for Near-Earth Object Studies (CNEOS) computed the space rock's trajectory. Trackers have confirmed that GO20 will pass close enough to be categorized as a "close encounter." The good news is that the asteroid does not pose a threat to our world.

Asteroid impacts have caused one of Earth's seven major extinctions in the past, so it is heartening to know that astronomers are keeping a close check on the night skies.

"As they orbit the Sun, near-Earth objects (NEOs) can occasionally approach close to Earth," NASA said on its website.

"Note that a 'close' passage astronomically can be very far away in human terms: millions or tens of millions of kilometers," the space agency added. 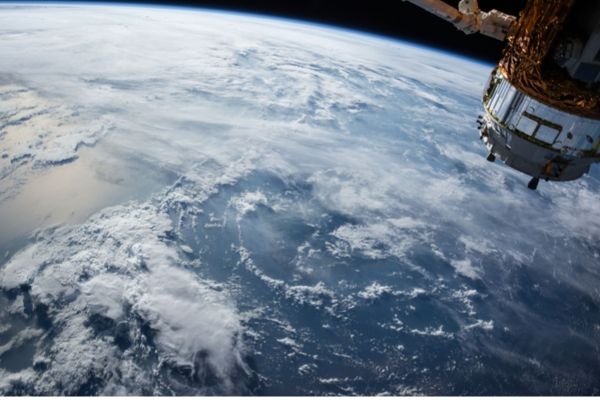 (Photo: NASA)
NASA is very serious and even brought in think tanks to create solutions for this technical feat. Failure to detect an asteroid as big as a football field has gotten serious attention. As a result, the Near-Earth Object Surveillance Mission has deemed urgent a serious threat that can’t be ignored! There’s no guarantee that wayward planet-killer asteroid won’t come, but if it is seen coming.

GO20 will pass Earth from a "close" yet safe distance of 0.03283 astronomical units in this case.

NASA said the average distance between our planet and the Sun is around 93 million miles, measured in astronomical units (149 million km).

As a result, the asteroid will pass almost unnoticed from a distance of more than 3.05 million miles (4.91 million kilometers), more than 12 times that of the Moon.

However, there is still reason to be concerned about this asteroid's approach.

How Big is Asteroid GO20?

GO20 is a large item, comparable in size to some of London's most well-known monuments.

According to these measurements, GO20 is almost the same size as or twice the size of Big Ben's clock tower in Westminster.

The asteroid is traveling through space at a speed of 8.18 kilometers per second, or 18,299 miles per hour.

Scientists Say There's Nothing to Worry About Near-Earth Objects

As far as scientists can tell, no asteroid or comet is currently or in the next few hundred years posing a threat to our planet's safety.

However, on rare occasions, a small object will elude our radars and collide with the planet's atmosphere.

As of June 2021, more than 26,100 near-Earth asteroids were whizzing about the solar system.

The Chelyabinsk catastrophe in 2013 is the most well-known example of a tiny asteroid catching us off guard.

NASA said a house-sized space rock entered the skies over Russia's Chelyabinsk Oblast on February 15, 2013, and detonated before impacting the ground.

No one saw the space rock coming at the time because it was approaching us from the direction of the Sun.

The asteroid's explosion caused a dazzling brightness, a deafening boom, and blew out windows in a 200-mile radius.

More than 1,600 people were hurt as shards of broken glass struck them in the face while watching the asteroid.

The Chelyabinsk asteroid was a "cosmic wake-up call," according to NASA's Planetary Defense Officer Lindley Johnson, five years after the catastrophe.

According to the space agency, the space rock detonated with the force of nearly 440,000 tons of TNT.

RELATED ARTICLE: Comet Bernardinelli-Bernstein Will Make a Near-Earth Approach in 10 Years, Looks Like a Beautiful Dot in Image