Tokyo Olympics: Who Needs More Time for Training to Beat the Heat in Japan Between Male and Female Olympians?

The Olympians participating in this week's Tokyo Olympics are about to experience the hottest games in decades, reaching temperatures approximately 90 degrees Fahrenheit, not to mention suffocating humidity.

The Verge reported that many athletes and sports physiologists have had their eye on the temperatures of summer in Japan for many years and have been planning to help Olympians adapt to the heat.

In the weeks leading up to Tokyo Olympics, according to a similar Magic Span report, female Olympians may need to spend a longer time to prepare for the heat compared to their male counterparts.

Some previous studies reveal that it can take double the time for female athletes to adapt compared to male athletes.

This information, though, according to these reports, is limited, as until now, only a few years back, most of the studies on how to prepare to compete in hot climates were only done on male Olympians. 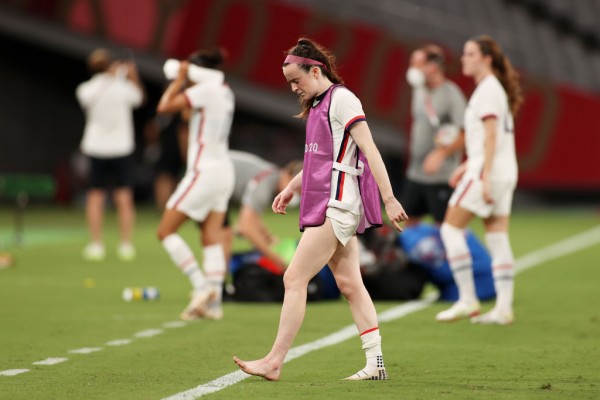 (Photo: Dan Mullan/Getty Images)
Reports have it; female Olympians may need to spend a long time preparing for the heat compared to their male counterparts.

Considerations to Take for Female Athletes

According to Jessica Mee, who's studying performance in extreme environments at the United Kingdom-based University of Worcester, there will be more considerations to make and take for female Olympians.

Athletes can use numerous strategies to adjust to adapt to the heat, like training with layers of clothing on, doing additional training sessions to keep the body temperature raised, or spending time in saunas or heat chambers after they exercise.

Such a process enables the body to scatter heat more easily, lessen core temperature and resting heart rate, and raise sweat rate, all of which allows someone to perform at a high level amidst the hot temperatures.

Such changes can last approximately one week after an individual leaves a hot environment before he starts dropping back to normal.

Most studies outlining this process, though was performed on male athletes. For quite a long time, the report has been young, healthy male individuals, explained Oliver Gibson, who's studying physiological responses to heat at Brunel University London.

Gibson explained they're now just getting down to the details of differences in sex in heat reactions. It is a common issue in sports medicine that female Olympians are overly underrepresented in sports science research, so most experts' insight about the body responds to exercise and under various circumstances is based on male Olympians.

For the last few decades, a few research by Mee, Gibson, and others helped sketch a preliminary understanding of the difference between the manner male, and female Olympians respond to the heat.

They both appear to react to being in hot environments in the same ways, explained Mee. The differences are cropping up around preparations to be in hot climates.

Her study, A comparison of males and females' temporal patterning to short- and long-term heat acclimation, published in the Scandinavian Journal of Medicine & Science in Sports, and other research show that it's taking longer for female athletes to adjust to being in the heat compared to what it's doing in male athletes.

For females, she added, it will take more than this short-term, five-day approach that is typically seen as preferable since it is less compromising on their training.

They need to guarantee that they are being given adequate time to apply such strategies. It's unclear why it's taking female athletes longer to adjust, according to Gibson.

Probably, he added, males tend to have more muscle mass, which is heating up more rapidly; they can get their bodies to adjust to the heat faster.

A similar report is shown on Boyd Digital's YouTube video below:

RELATED ARTICLE: Athletes at Higher Risk of Experiencing Heart Condition That May Lead to Stroke

Check out more news information about Environment & Climate only on Science Times.