Physics experts are successful at creating laboratory-grade antimatter. The process was done by firing high-intensity lasers that emit a high plasma rate comparable to the energy available in a neutron star. 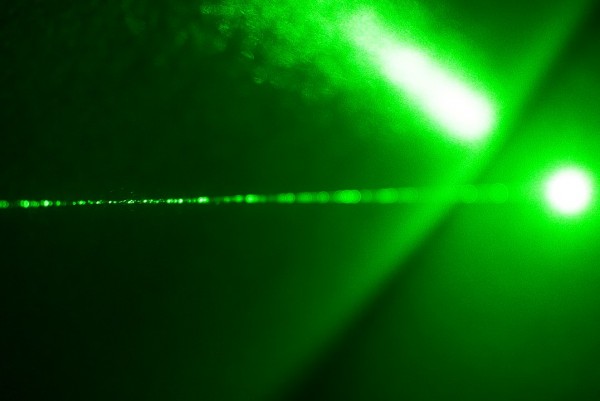 Antimatter, among others, is a mysterious state that is theorized to hold key solutions to the puzzles offered by cosmology studies. One of the methods to examine antimatter is creating one, but producing the rare matter is challenging. Fortunately, in a recent study, physicists could perform the easiest and simple way of producing antimatter to date. Using two lasers to fire at each other, they have produced a condition that is comparable to a neutron star, reports HZDR.

Antimatter production is seemingly easy in terms of paper, but laboratory procedures take a lot of time to formulate since all factors to recreate a matter are reversed. This basic difference between the normal matter and the rare antimatter has significant implications for the process. If not equated properly, producing matter and antimatter will cause an imaginable energy burst.

Studies regarding the production of antimatter had been conducted before. Some rare conditions that can help produce antimatters can be found in natural extremities such as near black holes, neutron stars, and lightning strikes. One of the huge artificial technology that can produce antimatter is the famous Large Hadron Collider or LHC.

With the rarity and challenging steps to procure antimatter, experts from prestigious institutions, including the University of California, University of Gothenburg, and Helmholtz-Zentrum Dresden-Rossendorf, conducted a collaborative effort to produce lab-grade antimatter. According to the study published in the journal Communications Physics, entitled "Dominance of γ-γ electron-positron pair creation in a plasma driven by high-intensity lasers," the experts have successfully simulated a feasible device that is capable of constructing antimatter.

The research utilized a device that can fire two high-intensity lasers towards a plastic block. These lasers are directed at each side of the block, following a pincer motion. During the experiment, the lasers were able to fire crisscrosses patterns that scale to a tiny micrometer. As the lasers proceed to fire the target, the block had its chunks of electrons accelerated and firing themselves in various directions until colliding with the group of electrons emitted from the other laser.

The collision produced by the high-intensity lasers produced gamma rays. The narrow channels available in the midst of the process pushed the photons to collide with each other. This step will produce groups of matter and antimatter. The final procedure includes firing the electrons from the matter to their counterpart in the antimatter, also known as the positrons. Through this, antimatter beams will accelerate into an extreme form of energy similar to the plasma found in neutron stars.

The development of laboratory-made antimatter is efficient, said the authors of the study. In addition, the lasers utilized for the experiment do not need to produce high-powered energy, and using two of them produces an estimate of 100,000 more positrons compared to a single laser. The produced antimatter on the research was determined to have a power of 1 gigaelectronvolt in just a little space of 50 micrometers, compared to the artificial accelerator that requires a huge area for the process, New Atlas reports.